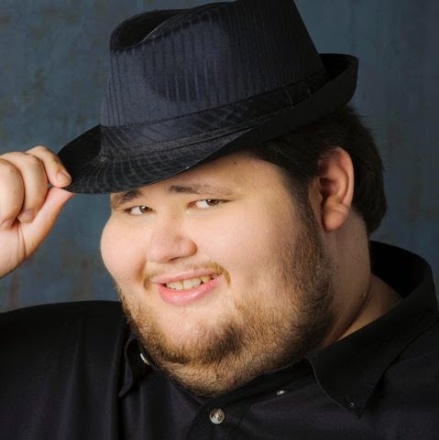 Trolls are people who spread negativity on the internet through deception. This broad description of them is fitting because there are many different kinds of trolls. There are trolls who deceive people by deliberately saying something naive or stupid (EX: “How does this video have 10 million views, there are only 7 million people on the planet?”), and there are trolls that take on an unusually aggressive stance on something that really didn’t need one (EX: “Anyone who STILL believes in God is a confirmed idiot!”). Recently, a newer “roleplaying” type of troll that originates from the “Le Reddit Army”, who invade youtube comment sections and masquerade as stereotypical internet personalities like the “fedora-wearing-neckbeard” and the “angry feminist”. These trolls are meant to incite anger within people in two different ways. The ones gullible enough to actually buy their charade are offended by their patheticness, and the ones that can see through them are annoyed by the sheer volume of them that exist. Trolls often fight with meaningless nonsense, but they rely on their victim’s reaction for their “reward”, so in the end, trolls are only as effective as you allow them to be. On the other hand, there are those who enjoy harassing people, sending threats, saying explosively racist and offensive things, and telling others to kill themselves. These people are often identified as trolls, when in reality they are more akin to legitimate criminals and cyber bullies. Identifying someone that openly sends death threats as a “troll” downplays the seriousness of his or her actions. Actual trolling is like a balancing act, a line between legitimate and fraudulent, entertaining and disheartening, funny and sad; a line that must be carefully balanced upon. In the end, trolling is a performance, and the difference between a skilled troll and an artless basement-dweller is apparent. Before going any further, the question of why trolls troll must be addressed.

Do they do it because they think it’s funny, and if so, why? Why is deceiving people into thinking you’re an ignorant fool hilarious? Why is forcing a negative reaction so enjoyable for so many people? Is it because trolls are sadists deep down? Are they narcissists who just want to feel superior to others by “deceiving” them? I think the answer incorporates parts of these two suggestions, but above all trolls are people that crave attention. More accurately, I think trolls just want to feel like they are engaging with others in a way that makes them feel as if they are a part of their lives. Even negative attention is still attention, which is where the “don’t feed the troll” phrase comes from. A troll that can’t get attention is a troll that is bound to starve to death (which in internet terms means to get bored and move on). There isn’t a particular reason why each troll wants attention so badly since in some ways, every human being wants to be acknowledged. To varying degrees we all want attention, and because of that, we all have the potential to be a troll; but not all of us can do it well.

Effective trolling is done with a narrative. The key is in the details. The more specific and believable the details are, the more likely someone is to believe a deception and the more effective the troll will be in turn. Much like acting, the believability comes from imitating human behaviour. If a troll opens with “It is I, staunch feminist Gertrude Starchild…” they have already outed themselves as a troll. Peopled don’t talk like that, and if it’s clear that an actual person isn’t speaking, then it must be a troll. Infusing troll rhetoric with a bit of self-righteousness, providing some personal history as context, and then presenting it as an emotional issue is a simple and effective way to go about trolling.

An Example of elaborate trolls includes:

Harry Potter Destroyed My Family
“It all started when my brother (God bless his soul) became a huge fan of Harry Potter. He started reading all the books, became a member of its forums, and bought all the merchandise. Sooner or later it took over his life and it became all he’d ever talk or think about. Around the time he was reading the 6th or 7th book (I’m not sure which), he changed. Something in the books happened that shifted his perspective, and he was never the same. I don’t have direct proof, but I know for sure it had to be the books. He started acting rude, saying nihilistic crap like “we all die in the end anyways”, and skipping school. It’s like he stopped caring about life, and whenever I asked him about it, he told me to “be a good Muggle and bugger off”. My brother isn’t even British, so you could imagine how disturbing that was for me to hear. I didn’t stop trying though, I just wanted my brother back. Finally, our family had a big sit down with him, but he immediately assumed it was an “intervention” or something. We just wanted to talk, that was all, but he ran into his room and didn’t leave for the rest of the day. The next morning when we checked on him, he was gone. All of his stuff, all his Harry Potter crap, everything. Gone. We don’t know where he is anymore and its been a whole month. We tried the police, the news, the internet… it’s all no use. Sooner or later everyone in our family got at each other’s throats until finally my Dad snaps and back hands me. I blamed him for what happened… don’t ask why, I was just looking for someone to lash out on… guess he was too. Then we get into a huge argument and a shoving match. My Mom tries to pull my Dad off me but he accidentally shoves her too, she starts crying and now they’re fighting. The whole thing became such a huge mess. I think my parents are going to be separated, my brother could be dead, and my life as I knew it is over. And it’s all because of that stupid wizard book. I swear to God, if we get out of this OK, I will spend the remainder of my life destroying the Harry Potter franchise. Mark. My. Words. Someway, somehow, I’m gonna destroy it all. No one should ever have to go through what I’m going through.

Or, if a troll is feeling particularly playful, they could come up with an elaborate story about “meeting” a celebrity. Sure most won’t believe it, but the audacity of doing so tends to offend a few die-hard supporters:

I met Ryan Gosling at a goods store in Orleans today. I told him how cool it was to see him in real life and that I didn’t want to be an annoying weirdo and bother him and ask him for photos or anything.

I was taken aback, and all I could do was try and sputter a lame apology but he kept cutting me off and by saying “huh? huh? huh?” while holding his hand to his ear as if he couldn’t hear me. I then turned away dejected and continued with my shopping. I’m fairly certain I heard him chuckle as I walked off. When I came to pay for my stuff up front I saw him trying to walk out the doors with like 20 Kit Kat bars in his hands and pockets without paying.

The girl at the counter was very nice about it and professional (and possibly a fan of his), and was like “Mr. Gosling, I think you forgot to pay for those.” She then tried to make an excuse for him, acting like he must be stressed from all the work he had, but it was clear that he was trying his hardest to ignore her. At first he kept pretending to be tired and not hear her, but he eventually turned back around and brought his Kit Kat stash to the counter.

When she took one of the bars and started scanning it multiple times, he stopped her and told her to scan them each one by one in order “to stop all electronic contraception”. I was fairly certain at that point that Ryan Gosling was totally full of it. After she scanned each bar and put them in a bag and started to say the price, he kept interrupting her by coughing really loudly.

When he finally decided to pay using nothing but an absolute ton of loose change (it took 5 full minutes for him to count it all out and give it to the cashier), he turned and left, but before he did, he looked me dead in the eyes and winked at me.

The point of all this isn’t to teach you readers how to be trolls, but rather to teach you a very important thing about them. If they’re good or committed enough, trolls will go to any lengths to sell you their narrative. If you didn’t already know this before, you should hear about it now. If you’re reading something on the internet, and you feel at any point that the writing was designed deliberately to incite some sort of negative reaction, don’t believe it. No matter how well constructed the narrative is, or how plausible it may seem, if it seems like something made with the express purpose of ruffling a few jimmies, then it isn’t worth your time or attention.

“Well, because he thought it was good sport. Because some men aren’t looking for anything logical, like money. They can’t be bought, bullied, reasoned, or negotiated with. Some men just want to watch the world burn”

Alfred with an accurate description of what trolls like to see themselves as, The Dark Knight

6 thoughts on “Musings & Trollisms: A Guide to the Trolling Mindset”