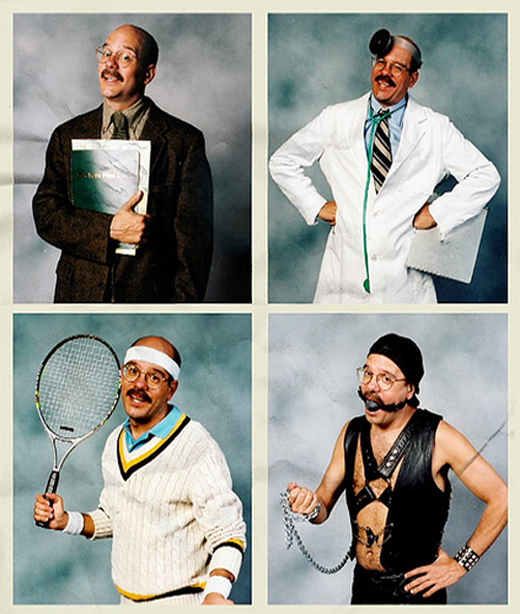 Gay jokes in fiction usually amount to this formula: one character says something that can also be interpreted as incredibly gay without realizing it and everyone looks shocked at him. The humour comes from the fact that this often happens in real life due to how far down the gutter our minds have gotten (everything can be construed as gay innuendo these days) and that these jokes in fiction capture those isolated moments of hilarity. The problem is they usually aren’t funny because of the fakeness of it all. It just comes off as manufactured and forced most of the time and the humour dies as a result. Every other sentence out of Alan Harper’s mouth on Two and a Half Men these days is a gay double entendre and it fails to crack even a grin from me. Yes, jokes like that tend to have no effect, except of course in the case of Arrested Development’s Tobias Fünke.

Say hello to the funniest character on one of the funniest sitcoms in TV history. Tobias is a former professional twice over: an analyst and a therapist, but now he exists as an aspiring actor (which has to be a stroke of comedic genius on a writer’s part). There isn’t much to his character other than how deluded he is and how little self-awareness he has, but this isn’t a character we’re supposed to connect with on an emotional level. No, we are supposed to laugh at him and his sheer stupidity, his awkwardness, and his more than probable latent homosexuality. This character has zero ability to comprehend that the things he says may come out in the worst way possible. Out of his mouth comes a vast assortment of gay innuendos and generally creepy double entendres that are of course completely unintentional.

On the surface, none of Tobias’ jokes should be so funny. After laughing hysterically at him saying something as simple as “who’d like a banger in the mouth?” I asked myself, “Why on Earth is this funny?” and soon the answer became apparent. It’s all David Cross and the way he portrays his character to be so genuine and authentic. There is never any doubt that he is a clueless idiot and it never feels like he’s trying to make us laugh. Normally with most comedies when someone says something unintentionally foolish, there’s always that forced look on their face and a body language that reads “I’M TRYING REALLY HARD TO ACT LIKE I SAID SOMETHING COMPLETELY NORMAL WHEN IT CLEARLY ISN’T!!!”. It’s almost like they’re waiting for me to laugh and that really takes away from the authenticity of it all. With Tobias, it honestly feels like I’m talking to a man who sees nothing wrong with saying things like “I just blue myself”, and that alone is absolutely hilarious; although, the fact that there is something inherently funny about seeing David Cross covered in blue paint didn’t hurt in the laughs department either.

Another thing that made Tobias so perfect is how arrogant he was on top of his stupidity. He’s a clueless moron yes, but what’s interesting is that he’s also kind of a self-absorbed asshat which is atypical of characters such as him. They’re usually so well-intentioned but Tobias is just really, really self-centred. He feels that he’s on his way to becoming famous, that people that don’t understand his methods just have comprehension issues, and that he’s actually far more intellectual than his peers, but these are all delusions he spins for himself. It’s that faux intellectualism that he has, the pretentious tone of nearly everything he says, and the legitimate outrage he has at the slight to his professionalism as he righteously declares himself to be an “Analrapist” that makes him gold.

The “Gay humour” in Tobias’s case works so well because we perceive a certain authenticity from it. This is because Tobias himself takes himself very seriously and David Cross sells that so incredibly well. It’s almost like talking to a real person who is actually that oblivious, and because of that, we all love to laugh at Tobias.

Quote of the Day (and my personal favourite Tobias line):

“I’m afraid I prematurely shot my wad on what was supposed to be a dry run if you will, so now I’m afraid I have something of a mess on my hands”