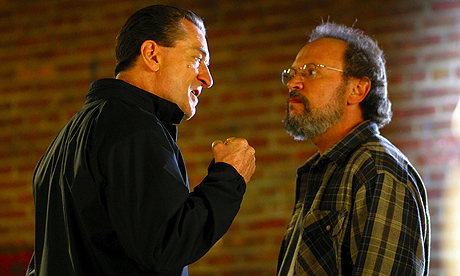 Have you ever heard the phrase “Opinions are like butts”? It refers to the fact that everyone has one and it hints at the tendency we have to not be as accepting of ones that do not belong to us. After all, other butts tend to stink, and at the same time the stench of our own is a foreign element to others. The way it could be received on such an expansive platform like the internet is really anyone’s guess, and that in itself is source of the problem. Since so many different people have access to the web, a huge array of conflicting perspectives on things are going to clash. It is no exaggeration to say that there is no such thing as a subjective thought that someone on the internet does not disagree with. No matter how obvious and self-evident a perspective seems to you, there is definitely going to be someone out there who vehemently disagrees with it. Chances are on the web that if someone disagrees with something you said, they’ll let you know in the least graceful way possible. Often, this will lead to what we call an internet argument (you don’t want that, trust me). People on the internet have unfortunately gotten so used to being harassed over their opinions on things, that they have resorted to throwing out the pointless phrases “in my opinion” at the beginning of their statements and “but that’s just my take” at the end. We know it was in your opinion, the assumption that it wasn’t came from being on the internet too long. In a world where everyone is ridiculously self-conscience about their thoughts on things, we are now used to this fear of being ostracized for them. And fear is what it really comes down to on both sides.

Let’s just say you finished watching what you consider to be a stellar TV show and have decided to talk about it online. This show meant a lot to you as you were watching it and you can’t wait to share your joy and appreciation for it with the world. When you get on the internet however, you notice that this show you loved so much is something everyone hates. Your favourite online community can’t stand it, and people you’ve admired on several sites mock it relentlessly. That TV show you loved so much is suddenly the punch line to a joke no one wanted to hear. “What went wrong?”, you ask, and “Why do people feel this way?”, you inquire right after. Slowly over time, the love you have for this show you liked so much begins to come into question. Should you have enjoyed it so much? Did you really enjoy it or did you just think that was the case? These questions may or may not wear on you depending on the kind of person you are, but the questions themselves are being asked for a reason. If you think about it logically, why the hell should it matter if other people disliked something you personally enjoyed joyed so much? Their enjoyment of it shouldn’t affect you right? Well, that’s just another case of being human and feeling like you have to belong no matter what. If you enjoyed a story being told a great deal or have strong feelings about something, it becomes a part of you. If it spoke to you on a level that you hold dear, it becomes as much a part of you as any physical trait you possess. When people reject that, it feels like they are rejecting you in some ways. For this reason, when someone says something on the internet that someone else disagrees with, that person will feel the urge to challenge them because they feel like they themselves are threatened. As I mentioned earlier, it all comes down to fear.

When someone says they liked something that someone else didn’t, that person who feels differently’s first instinct is to let them know that they are wrong. While wanting everyone to like what you like comes down to wanting to feel accepted, the flipside which is the desire for people to dislike what you dislike comes down to ego. The mindset can be summed up with this:

“You don’t accept something I strongly believe to be true, so therefore you aren’t accepting me and I am going to perceive that as an insult”

And soon an argument ensues. The result is an environment where people are afraid of expressing their thoughts and opinions on matters without some sort of “protection” first. “In my opinion”. Such a worthless phrase, yet we’ve all used it at some point. I’ve used it and many others are going to be using it too (in fact I’d argue it’s going to become more and more prevalent). We need to stop being offended by people who think differently from us and we need to start reacting differently to criticism. When someone has a criticism, the reactions range from:

-Agree and move on

-Disagree and move on

Between these 5 options, the fourth one is what is invoked the most. People don’t want to have a rational discussion about criticism over the internet. Thinking is hard, hurling insults is easy, and you want to feel secure about yourself now. I can tell you from experience though, that actually thinking through a criticism and responding to it intelligently will make you feel a lot better about it than pointless aggression would. Now, especially now, is not the time to censor different perspectives. Accepting criticism for what it is and accepting you and your own thoughts in relation to it is infinitely more fruitful than internet rage and toxic passive aggression. Break the cycle. The next time you see someone on the web with an opinion you don’t agree with:

– Assume they are stating an opinion. Getting worked up about the assumption that others are “stating their opinions as fact” is ludicrous.

– Read the criticism. The entire thing. Don’t skim it and then respond with vitriol like most do.

– Either agree with the criticism, disagree with it and respond intelligently, or accept that someone has a different mind set and move on.

These things really shouldn’t be hard, but the more people choose to forgo them, the more likely it is that they eventually will be.

“Hello, I’m Kent Brockman, and welcome to another edition of Smartline. Are cartoons too violent for children? Most people would say, ‘No, of course not, what kind of stupid question is that?'”

One thought on “Everyone has Butts: A Guide to Understanding Criticism on the Internet”