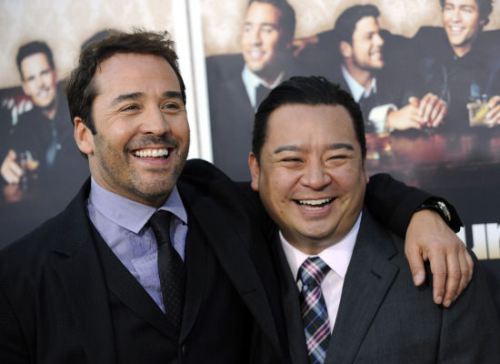 The 2004-2011 HBO show Entourage and its recent movie release are fascinating. This is an example of a television dinosaur revived into an era it no longer has a place in. Truly a relic of another age, it’s interesting how this movie shows how much our sensibilities have changed in the last four years. A show that so many unquestionably adored or dismissed as just dumb fun is now being derided by many as toxic.There are a number of reasons for this change in attitude towards it, but I’d wager it has a lot to do with our perceptions on the reality of the world of Entourage. The idea of a bunch of rich white dudes being awful and constantly screwing up but facing almost no repercussions for their behaviour and having everything go their way in the end has become too eerily close to reality. At a time where white and male privilege has fully entered our public consciousness, the existence of something like Entourage seems tone deaf. The problem being in the way the show and movie chooses to confront these “bros”.

While there are hints of a satirical and mocking edge, Entourage is mostly a show that redeems and celebrates these terrible people for being loyal “bros”. It glorifies male friendship and writes off despicable behaviour as “boys will be boys”. We’re really supposed to see these “hilarious” man-children as guys with hearts of gold buried underneath the pile of garbage that basically comprises their personalities. Take for example the put upon assistant Lloyd Lee, a gay Asian man who is constantly berated and put down with homophobic and racist remarks by Ari Gold, the show’s break out star. Most of what the audience sees of their relationship is the type of racist vitriolic crap you’d expect in Hollywood, but for reasons that surpass all logic, Lloyd idolizes Ari to the point where he wants him to give him away at his wedding. What makes this all the more troubling is Lloyd’s actor, Rex Lee, and his real life trouble on set with racist and homophobic remarks, so a show that writes all that off as a harmless joke is problematic. The key to understanding this show and its problems today is by analyzing one of its executive producer, Mark Wahlberg.

The world of Entourage is loosely based on Mark Wahlberg’s early experiences in Hollywood, so of course the show would be coloured by his perception on life. A world where white dudes can go around and be major toolbags and face no real consequences for their actions is a world that closely reflects the reality of Mark Wahlberg himself. You see in his youth, Mark was quite the scamp, pelting rocks and yelling racial slurs at black kids, and viciously beating a Vietnamese man, of course while yelling racist epithets. Eventually he was convicted for the latter crime as the damage was extensive, and was sentenced to serve 2 years, but only ended up having to serve 45 days in a Plymouth jail. The truth is, white guys doing seriously horrendous things to other people and getting away with it while also getting reassurance by their peers that they’re really good people “deep” down isn’t restricted to the fantasy land that is Entourage and people are starting to recognize it.

The world no longer wants heroes like “Vince”, “E”, “Drama”, and “Turtle”. We don’t want to see these guys get happy endings anymore because they’re the bad guys and everyone knows it. Juvenile humour revolving around entitled douchebags doing whatever they want and being rewarded for it seems to hit a little too close to home these days, and it seems critics are seeing that more and more as well. In the short four years this show has been away, we’ve had it with misogynistic portrayals of women because we see now more than ever that they’re boring. We don’t appreciate racist humour because we see now more than ever that it isn’t funny. We don’t appreciate Entourage anymore because we see now more than ever that it’s actually kind of pathetic. I’ve always believed that art and fiction is tremendously important to our being because it is a direct reflection of our feelings as a society as they evolve over time. What the Entourage movie seems to have determined in all of this is that our society has turned against the attitudes and ideas perpetuated in it. People have decided that they don’t want to root for these guys anymore, and I’m hard-pressed to find any reason as to why that isn’t a good thing.