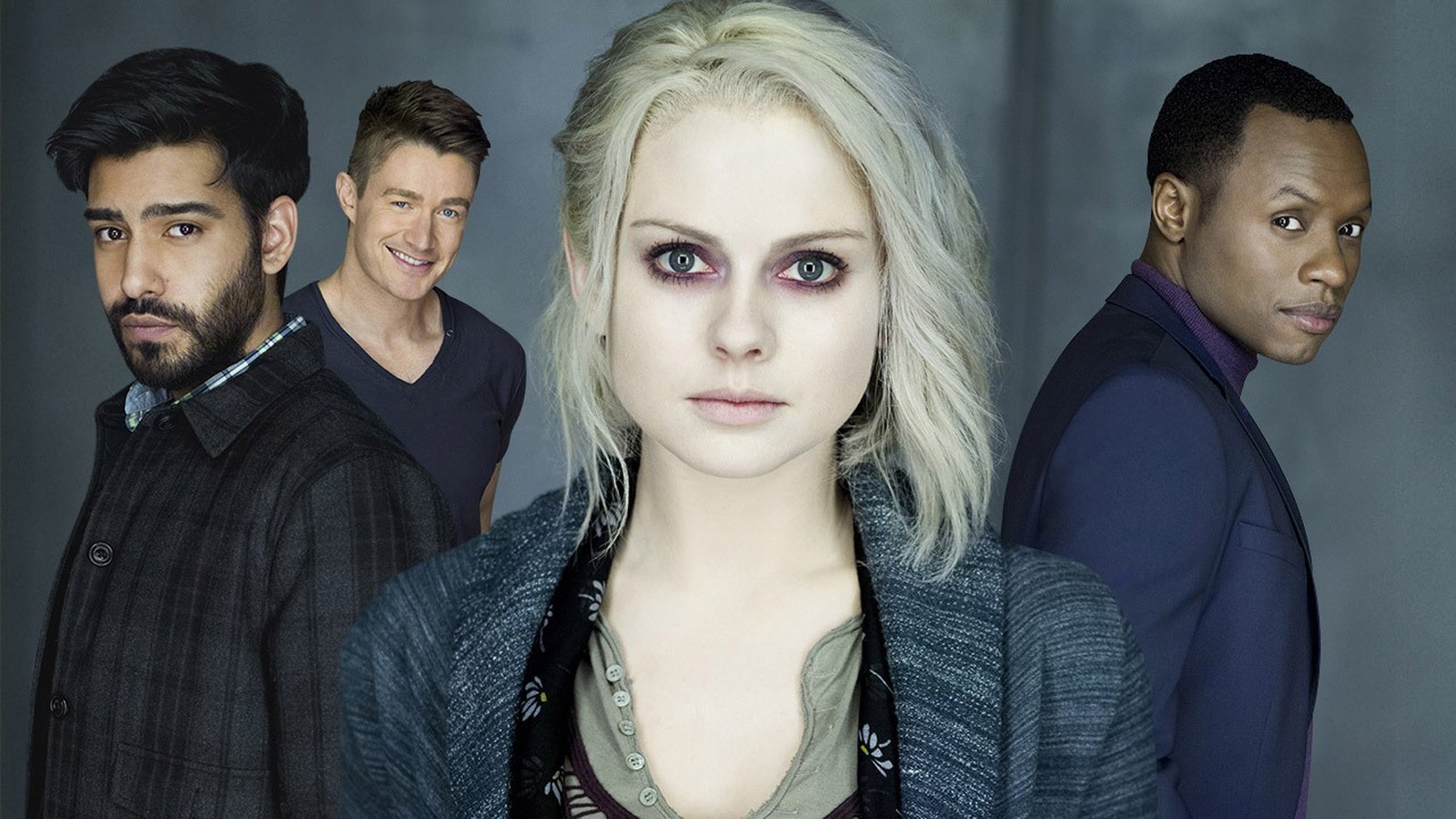 iZombie, the newest serial and procedural drama hybrid from Rob Thomas (the mind that brought us Veronica Mars) and Diane Ruggiero, is a very well crafted TV-Show. It is clearly one that has taken cues from other notable shows with procedural elements and has either refined them or done away with the ones that are less conducive to a show’s success. To illustrate what I’m talking about, here are 5 elements iZombie nails really well.

The cop is actually good at his job. 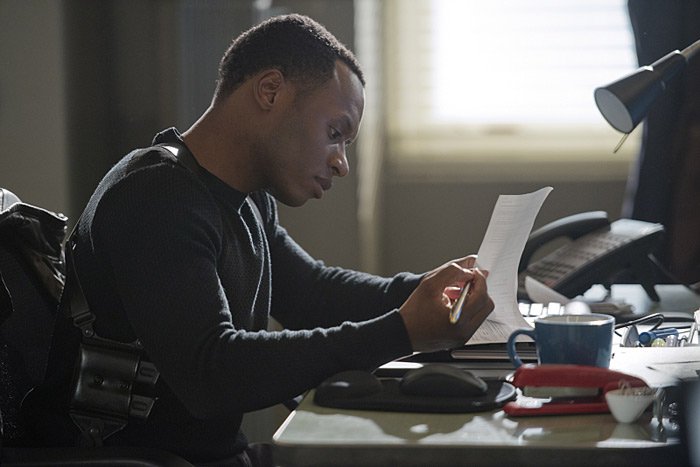 Too often in a police procedural series such as this one, the X-Factor (the gifted main character) is the one making all the plays necessary to solve the case. You have a group of normals who are mostly just there to react to the wacky things the quirky main characters says in does, while he or she totally solves the case themselves utilizing their special talent. The Mentalist is a huge culprit of this, with one arc featuring the titular mentalist Patrick Jane gone for an extended period of time which basically leaves the team unable to function at all. A huge emphasis is put on their inability to do anything without Jane during this time and to the viewer it’s like, what are they even there for right? Thankfully, iZombie does not have this issue at all because its “cop character”, detective Clive Babineaux actually knows what he’s doing. The main character is a zombie who eats the brains of murdered victims and gains visions of their lives, she tells Clive what she sees and that’s what gives him the edge in solving cases. The show has a solid conception of Clive’s role in all this, and as the detective he is the one who puts the facts gathered by Liv together in order to solve the case. Unlike the gang from The Mentalist, he does not feel superfluous and I am very thankful for that.

The ex exists beyond his relationship to the main character. 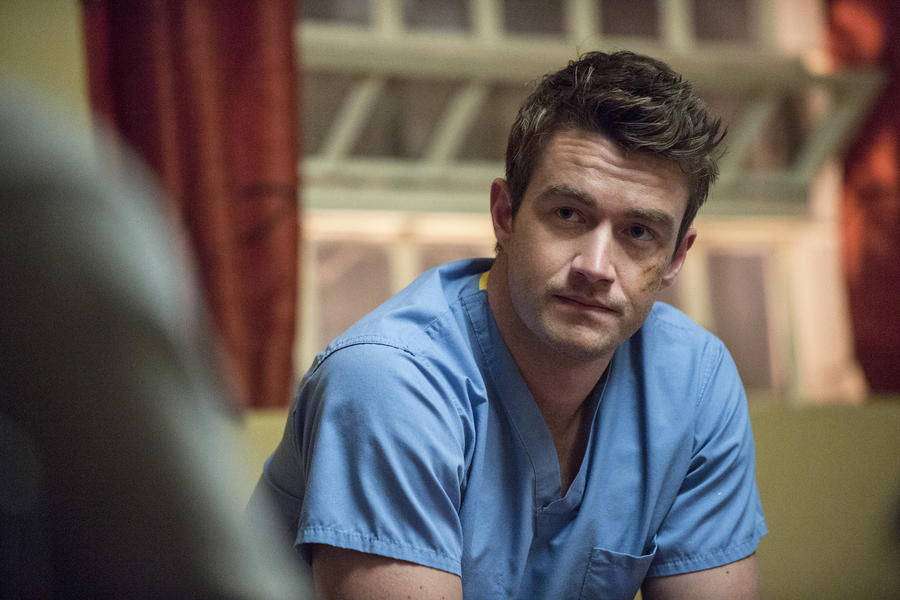 I’ve written a whole other article on this so this so I’ll keep this brief, iZombie‘s ex-boyfriend character is incredible. Rob Thomas has clearly taken cues from the failure of Duncan Kane from Veronica Mars. It would have been so easy to write Major as just a guy who showed up occasionally to make Liv feel bad about dumping him, but the writers actually made him an integral component to the show. When you have a character whose main defining trait is being “nice”, you often have some schmuck that is forever hung-up about some girl. Being a truly good person though, means that you care about the world around you and the people in it. iZombie seems to understand this and it is with that understanding of kindhearted people that Major comes into focus.

The characters all feel connected to each other.

From Liv’s lawyer roommate and best friend, to her boss at the morgue, to even her ex-boyfriend, all these characters are connected to each other in one way or another. There was clearly a concerted effort from the writers to put these characters together and have them mean something to each other. Often with shows like these, it feels as though the main character is traveling to different cities using these unconnected tools to help solve their case which often leads to the world presented in the show feeling disjointed. That isn’t the case with iZombie, as all of the characters are grounded by their relationships with one another and the great performances all the actors give.

Often with procedural dramas with serialized elements, the plot is in constant limbo and virtually only progresses in the finale. For example, think of a cop show with a brilliant but slightly autistic profiler who can catch any killer except the one that murdered his wife. He solves random cases with a straight-laced and utterly useless team and occasionally gets hints about the identity of his wife’s killer over the course of the series’ 10 season run. It’s only in the final stretch of episodes that our hero makes any real progress and catches our killer. This is a very frustrating aspect of television storytelling that only serves to separate the character’s in the show from their own internal reality. Questions like “How have these people not progressed at all?” start cropping up, and that’s completely unacceptable. Without giving away too much, iZombie progresses more in its 13 episodes than most procedurals move in their entire 10 season run.

It never takes itself too seriously.

At the end of the day, iZombie is a show about a crime fighting zombie. Sure, the show has some brilliant moments of insight into what a horrific situation that is, but on some level it always knows that it’s a show about a zombie that eats brains to solve crimes. The dialogue is written with the trademark wit and snappiness of Rob Thomas, and the show offers a number of appropriately morbid bits of comedy. Appropriate in the sense that its a show about zombies, not that it’s afraid to have fun with its dead characters, because there is plenty of that.

There’s a long list of words to describe iZombie. Inventive, charming, tragic, humourous, but above all, it’s a lot of fun. This is largely due to the reasons laid out above, which basically speak to well used characters, careful plotting, and a sense of levity to balance the grimness of the subject. The show is coming back this fall for another season, and I really hope those reading give it a shot. As far as TV shows go, it’s a no-brainer.

“Make it dark, make it grim, make it tough, but then, for the love of God, tell a joke.”

One thought on “5 Things iZombie Gets So Right”