A lot went wrong with Suicide Squad. Just from a technical perspective, it was a disaster. The editing was a mess, the script was shockingly poor, and even the action couldn’t save it because of how badly lit it was. The movie failed on almost every level, but even if all those areas were up to snuff, it still would have sucked because it fell through on the big things. Just speaking in terms of plot and the writing decisions that were made, Suicide Squad never stood a chance. Here are the 5 big reasons why.

Just as a whole, the character of Deadshot makes a poor, poor lead. All of Will Smith’s charisma and inherent likability can’t save his character from being the generic and awkward mess that he is. The thing about Deadshot is that there’s barely a thing about him. His character is ‘assassin that also cares about estranged daughter’, and that works when he isn’t the focus, when he isn’t the guy we’re supposed to root for, but when you shine a spotlight on him, the seams start to become visible. One thing writers don’t understand about the ‘sympathetic’ assassin character is that 90% of the time, the character doesn’t have to be an assassin, and really isn’t all that sympathetic as a result. Ya, some are raised to be one or are forced to, but let’s just take Deadshot as he is the pertinent example. From our understanding, he’s a hired goon the underworld uses to kill off people they don’t like, he makes millions on individual jobs, and he’s talented and savvy enough to take care of himself in case anyone wants to exploit him. Deadshot is both someone with millions laying around and a force to reckoned with in the criminal world, but we’re supposed to feel bad for him because he can’t be involved with his daughter’s life as much as he likes due to the fact that he’s a criminal? No one is stopping him from turning his life around and not be a murderer, why are we supposed to be charmed by his story? If he really wanted to be involved with his daughter’s life, then choosing not to murder people for a living is an important step, no? That ending scene with him teaching his daughter math by bringing up a hypothetical of him shooting somebody from a roof was supposed to play as cute, but it’s exactly why Deadshot doesn’t work as a lead. He’s not a man who’s trying his hardest against all odds to be there for his daughter, he isn’t sympathetic in the least, he’s just an awful father.

2. Amanda Waller should be both morally ambiguous and competent 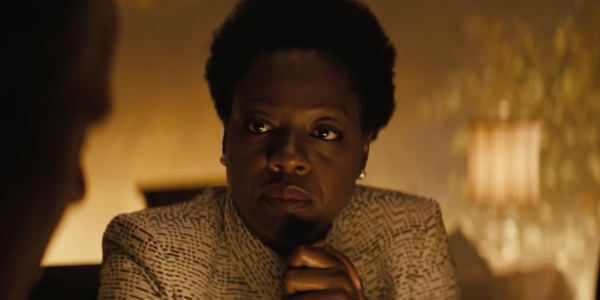 As the mastermind behind the titular squad itself, something this movie absolutely should have nailed was Amanda Waller’s characterization, so of course, it failed miserably. One thing a lot of even the harshest professional critics missed about this movie is how much of an unthinking scumbag Waller was in it. Everyone praised Viola Davis’ impressive performance, but they didn’t pay close enough attention to what her character was doing and saying. The thing about Waller in other media is that she’s an extreme, she works as a character though because she’s an extreme with good intentions. She genuinely wants to do right by her country, even if her means of doing so are less than moral. In Suicide Squad, Waller comes across as a smug, simple-minded, and genuinely evil person. Perhaps as a misguided attempt to contrast her with the squad and have us sympathize with them, she’s shown to be more ruthless, indiscriminately killing and trying to kill enemies and foes alike, sometimes for basically no reason, other times because her pride got wounded, but mostly to cover up her own mistakes. Much has been said about how every problem in the film was basically Waller’s fault, but not enough has been talked about how she’s portrayed as a genuinely incompetent government official who’s in over her head, learns nothing, and is genuinely a nasty person. This isn’t Amanda Waller, this is Amanda Waller as written by someone who doesn’t like or understand Amanda Waller.

3. The Joker should have been the main villain

Enchantress was a garbage villain. Nobody cared about who she was or what she wanted, and she was played by a very green actress who really should never have been asked to anchor this kind of film. Meanwhile, we have the Clown Prince of Crime just sitting there, failing to justify his presence in the movie. Having an ancient evil nobody interact with a squad of scoundrels made for some boring as sin interplay, but could you imagine the tension of having royalty among criminals face off against a squad of nobodies and his girlfriend? The tension would have been exponentially greater, the movie wouldn’t have been saddled with a mediocre villain, and Harley Quinn could have been given a legitimate arc where her loyalties would be tested.

4. The Joker and Harley romance should not have been played so straight

In this film, Joker is basically Harley’s loving boyfriend who only wants to get his girl back, and basically nothing else. He’s barely hinted at even being controlling or bad for Harley, he’s just a loyal boyfriend. This is in contrast with reports that suggest the Joker was supposed to be wildly abusive in this film, which was cut out because it screened badly. Here’s the thing though, you don’t have to portray the relationship as one or the other. You can portray the unhealthiness of the relationship in other ways besides the Joker just using Harley as a punching back, which I’m afraid is how the relationship itself has often been flanderized to being these days. Do it as the animated series has for most of its run. You wouldn’t know it from the content that gets spewed in recent years, but 90% of Joker and Harley’s interactions in the animated series are them just being a funny and dangerous pair of villain, with Joker being hinted at having an aggressively controlling edge. The subtext for the abuse became text in “Mad Love”, but for most of their run, we’re supposed to see the good and the bad of the pairing. The “good” is in the forefront (since we need to understand what the Harley loves about the man in the first place), but there’s supposed to be an unbalance that can clearly be seen. It can’t just be Joker being a loving boyfriend because Joker’s character loses what makes him the Joker, and it can’t be Harley getting constantly abused (as it is in most Joker/Harley depictions these days) because it stops being a nuanced depiction of an abusive relationship and just becomes parody. The key here is balance.

5. The stakes shouldn’t have been the fate of the world 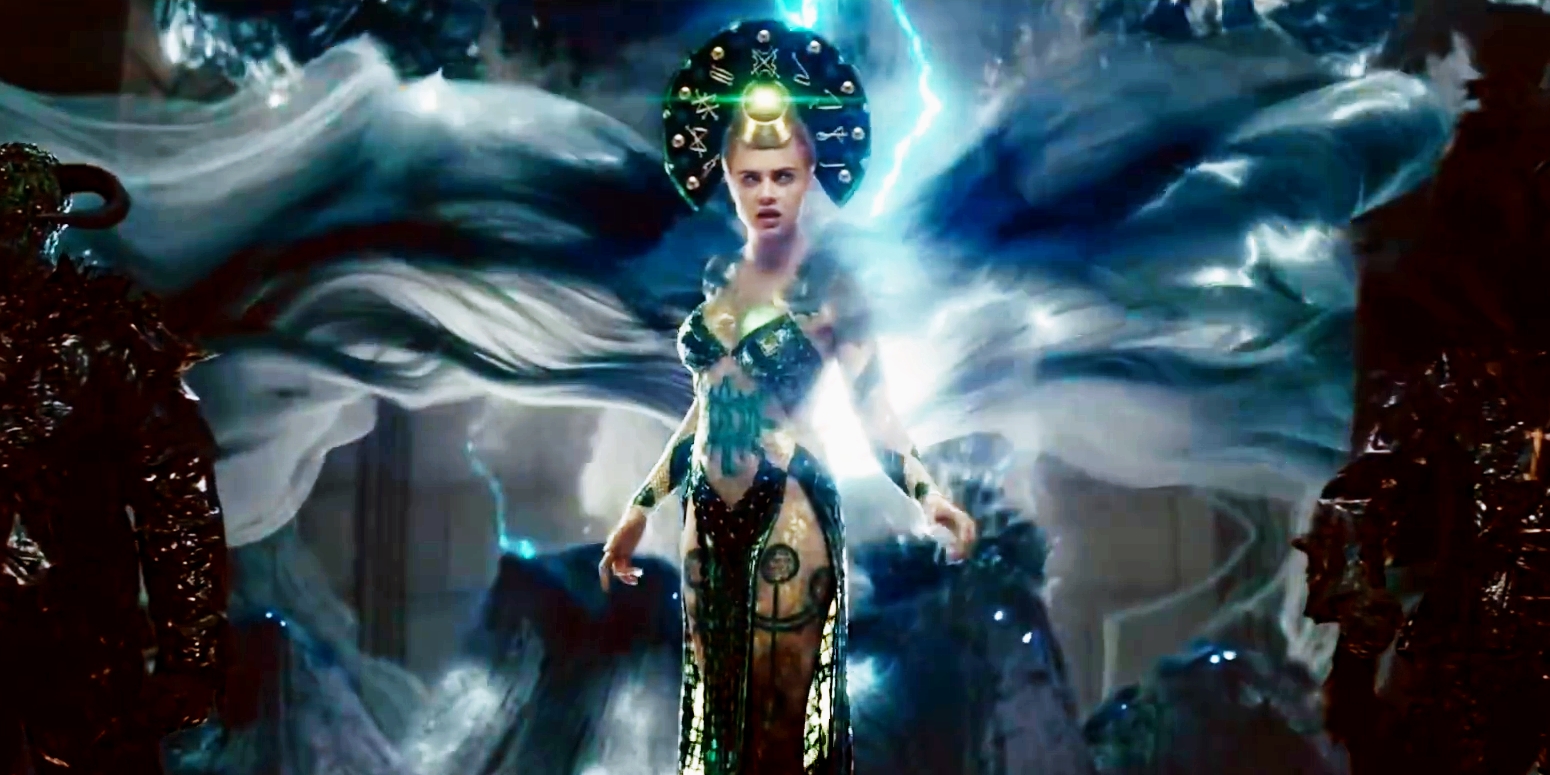 This right here is the most significant area where this film failed. It could have succeeded in every other key area I pointed out and it still would have been undone. A film like Suicide Squad should have been more about an irreverent smaller stakes gambit centred on the world of criminals. Instead, it was this awkwardly shoved in underdogs story focusing on a crisis that stars characters that were not right for the role. Have John Constantine and Dr. Fate face off against the likes of Enchantress, don’t force a band of criminals to face a threat where it genuinely does not make sense for them to face. Almost all of my previous faults relates to this one here, Enchantress made a poor villain for this story, Waller should not have made a potentially world-ending blunder, and the Joker would have been a perfect foe for the smaller scale squad of villains. DC needs to learn that films don’t need to be “epic” for them to be good. We should have got the film the trailers for it advertised, a good time with some bad people. Instead we got a 2 hour long cartoon episode that treats a band of killers and thieves the same way a kids show treats playground misfits.

The saddest part is, there is a very similar film that does what this did, but a thousand times better. Batman: Assault on Arkham is the exact kind of film I was hoping for. It’s a story that correctly portrays Amanda Waller, features the Joker as the main antagonist, perfectly portrays the Joker and Harley relationship, and is focused on relatively smaller (but still sizable) stakes. The only thing it failed at is trying to portray Deadshot as a sympathetic character, but even then they didn’t try as hard as this film did, and thus, its failure wasn’t as glaring and obnoxiously on display. If you’re like me and you feel jaded about how much of a garbage movie Suicide Squad was, just know that there’s another film out there that basically gave us what we wanted.

“Oh, that darling girl! She might even deserve me.”

– The Joker, Batman Assault on Arkham.