In the age of Trump, millennials, a generation raised by popular culture, have been looking to it to draw meaning and make sense of the world. Everything that happens these days is apparently just like that one moment from Harry Potter, every time someone gets fired it brings to mind a shocking character death on Game of Thrones, every government official is just like that villain from Star Wars; even that horrific Charlottesville march and the President’s equally horrific response to it reminded people of that one time this character did that thing in this book/movie/TV show. We can argue until we’re blue in the face about whether or not this is a dumb way to look at the world, but it’s the way things are now for a lot of people. As we begin to isolate ourselves through technology and media, those things become enormous influences to us. The irony is that pop culture has become less explicitly didactic, TV creators these days aren’t interested in teaching word for word blatant lessons of the day, and more writers are content with trusting audiences to figure things out for themselves. We have such a diverse group of people consuming media in these increasingly confusing times, and in a lot of cases, people are taking the wrong lessons.

END_OF_DOCUMENT_TOKEN_TO_BE_REPLACED

My 3rd VLog, I feel like I need to be doing these more consistently to get a real feel for them and actually improve…

END_OF_DOCUMENT_TOKEN_TO_BE_REPLACED

Hey fellas! Here’s my second VLog, this one on the often discussed show The Good Wife. Things for this show… they aren’t looking good. That’s all I gotta say on that matter here, hear the rest in the VLog.

END_OF_DOCUMENT_TOKEN_TO_BE_REPLACED

The answer is “abomination”, as the question itself implies. Cutting right to the chase here because this is a passionate issue for me, and Donald Trump’s denouncement of these “cookies” made this a relevant issue again. Obviously, Trump and I do not share the same reason for our displeasure with these snacks (knowing Trump, you can correctly assume his reasoning for hating them has something to do with his “Mexico is Bad” narrative), but the significance of this issue remains the same. Milk’s favourite cookie? Nah, more like the devil’s favourite nookie (my just now invented slang for sexual partner).

END_OF_DOCUMENT_TOKEN_TO_BE_REPLACED

The most insidious kind of racism in media is the kind that exists just under the radar. The kind that’s loud enough to be heard, but not loud enough to be seen. Maybe the writing of a show happens to portray all Asian men as effeminate and ineffectual weaklings, perhaps all black characters in a movie just happen to be layabout brutes with no thoughts or original ideas of their own. Yes, racism in media is most potent when it’s hard to spot, yet is simultaneously clear as day. The racism in the manga and anime series Terra Formars by Yū Sasuga isn’t like that at all. There is no subtlety to it, it serves no discernible agenda, and is the purest form of stupid; however with that said, it’s also kind of hilarious.

The plot for this series is the age old “humanity screwed up the Earth” story. Centuries ago (which is the 21st century as this is a sci-fi series that takes place in the distant future), humans decided to try terraforming Mars in an effort to make it inhabitable in the event that the Earth stops being so. Part of the process involved sending roaches up there (since they apparently spread algae), and because this is a manga, those roaches have evolved into giant monsters. These super evolved roaches (known as terraformars, the manga’s namesake) are what I assume to be the most terrifying thing imaginable to your average manga reader…

END_OF_DOCUMENT_TOKEN_TO_BE_REPLACED

I should probably clear up the fact that, yes, the phrase “triple standards” isn’t a thing; however, that doesn’t mean that it isn’t the best way to describe the situation we find ourselves in with race and casting in Hollywood. Casting the right actors for movies (and superhero ones in particular) is arguably the most important part about making one. Who you cast seriously affects the box-office turnout, the strength of your film, and its critical reception. There is a lot that goes into picking who should star in your movie because that process alone will mean the difference between success and failure. Thanks to the potential for prestige and adoration enjoyed by many prominent actors (and perhaps a genuine passion for the craft), there is a huge number of people aspiring for roles in films; all of which coming from wildly different backgrounds, but the unfortunate reality is that while many of them would like to be movie stars, most will fail miserably. A huge factor in this is the discrepancy between race and representation in Hollywood.

END_OF_DOCUMENT_TOKEN_TO_BE_REPLACED

For the longest time, I’ve always considered the most inflammatory and controversial question one can ask of something is whether or not it is racist. Today, the hot button question for well over a year has been whether or not the hip-hop artist , Iggy Azalea, is racist. I will be discussing the question itself from numerous angles, but to be clear, this isn’t going to focus only on whether or not Iggy Azalea as a person is racist. Despite that being an important discussion in its own right, it really isn’t my place to be making personal accusations like that at her. Behaviour like that is why legitimate grievances against the artist are drowned out by cries of “reverse-racism” (a problematic phrase in itself). What this article will be primarily examining is whether or not the “Iggy Azalea” brand and its success is racist, and what the common reaction to her presence means for us as a supposedly post-racial society.

It has been about a year since the breakout success of her album “The New Classic”, and the public still doesn’t know what to say about Iggy Azalea, so I’ve decided that the best way to go about discussing her is with examples of commonly held sentiments regarding Azalea herself, along with my responses to them.

END_OF_DOCUMENT_TOKEN_TO_BE_REPLACED 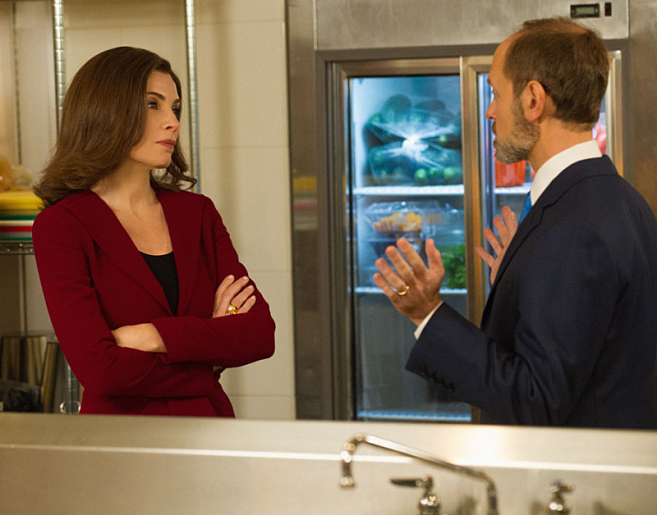 Racism is a persistent problem in America that a lot of people want to have the answer to. Many sources of fiction have offered their own solutions to it that range from the power of human cooperation to just straight up coercion (beating the bad guys and saving the day), but The Good Wife‘s Alicia Florrick offers a far more cynical response to this issue. Alicia, having grown a particular understanding of human nature through her years as a lawyer, does not believe in a “solution” to racism. She does not believe it is possible to truly change people. As someone running for States Attorney in Illinois, the subject of race comes up often. Her opponent, Frank Prady, is far more optimistic in his views and believes he can create a permanent change, a position Alicia calls the “poetry” of the issue but not the point. She thinks it’s a sentiment that is only repeated to make people feel better about an issue without actually fighting it.

END_OF_DOCUMENT_TOKEN_TO_BE_REPLACED

TV Shows and movies don’t get racism for the most part. They really, really don’t. The most common misstep is the lack of realism in portraying adolescent racism. By now, most recognize that racism in the adult world is institutional and less overt, but with young people writers just love to simplify the hell out of it. Racist people in fiction are generally loud and obnoxious punks who make thinly veiled threats at every person of colour they see. The modern racist does not behave like this at all. Perhaps several years ago that was the case, but in the new millennium that does not even come close. Thankfully we have the Neo-Noir mystery show Veronica Mars that came out in the mid 2000’s to set the record straight. Racist teenagers aren’t loud and angry rednecks, they aren’t only people of low intelligence, and they aren’t super aggressive about their prejudice either. Racism to the teens of the world of Veronica Mars (a world that exists in the fictional town of Neptune) is used as a weapon, a tool of exclusion. For the show’s first two seasons, racial and class tensions are treated with significance, and more importantly, as closely related concepts. As Veronica herself succinctly puts it, “your parents are either millionaires, or your parents work for millionaires” within the class based society she lives in.

END_OF_DOCUMENT_TOKEN_TO_BE_REPLACED

Twelve Years a Slave, The Butler, and even Django Unchained have been labeled with the “White Guilt Film” moniker. With Selma already receiving a great deal of positive buzz from critics, that phrase has seen a resurgence of use. And honestly? Labeling a film that covers things like slavery, discrimination, and other historical struggles for black people simply as “White Guilt Films” is an extraordinarily offensive thing to do. On top of that, it’s also incredibly arrogant and – I say this seriously – completely stupid. What’s worse is people are going further to state that these films are praised merely because critics are coerced into giving positive reviews out of some sense of guilt. Many negative criticisms on these films are often preceded by some variation of the absurd claim “Oh I’ll be called racist for not liking it”, which is a tellingly defensive thing to say and speaks volumes about the real racial issue that surrounds these movies. In this article, I’m going to unpack, analyze, and dismiss all of the “White Guilt Film” arguments, and hopefully by the end you will see how problematic they are if you don’t already.