Ever watch something that you know you should hate for various reasons (that usually include being the fact that it’s stupid as all hell), but you enjoy the hell out of it anyways? That’s what most would describe as a guilty pleasure, and just about everyone seems to have one in the form of a movie, TV Show, game, or book. Maybe it’s considered a “guilty” pleasure for you because it advocates an ideological stance you’re totally apposed to, maybe it’s something that people you just don’t like identify with, and perhaps it’s just stupid as mentioned earlier, but all of these guilty pleasures are comprised of guilty pleasure tropes. Things that many GP’s have in common, a way to immediately let the viewer know what they’re getting into. In this post, I’m going to highlight 3 of my favourite tropes and explain why they’re just as “right” as they are wrong. 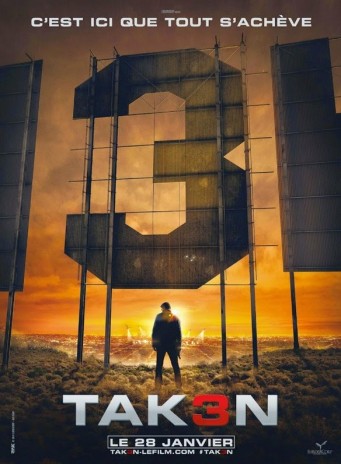 I. Love. This. Trope. It’s the gutsiest most cornball way to name your movie imaginable, and I can’t help but respect anyone who decides to go with it. With other goofy tropes, the creators do something they may or may not realize to be stupid, but with this one, they have to know how idiotic they sound. There’s just no way that’s not the case. Tak3n, Fant4stic, Thir13en Ghosts… none of that is accidental or a result of cluelessness. They are proudly declaring “this is stupid, we’re stupid, and you can be stupid 2!”, and I appreciate the hell out of them for it. Just gonna sit here and patiently wait for the next Taken film to be titled T4ken. Let’s go all the way with this people!

Above: Something that will never not be hilarious

This one is a little harder to justify than the others, but I think it’s great also. It borders on blaxploitation and bad taste, but it’s often executed with a tongue in cheek panache that never fail to crack a smile on my face. If I were to attempt an intellectual way to justify these sort of puns, I’d say that language has historically been built around demeaning those with darker skin tones. The phrase “Black” is often associated with negativity, undesirables, and general evils. Don’t believe me? Then pick up any Tolkien book and read it from any page for about 4 minutes on. It’s in the very language we speak that colourism continues to grow, which is why the subversion of that, puns that spin dark colours  as a good thing, can be so endlessly entertaining to me. These cheesy jokes may come off as hacky, but they can’t be all bad if they present “black” as something worth betting on.

3. The obvious traitor is revealed as a traitor. 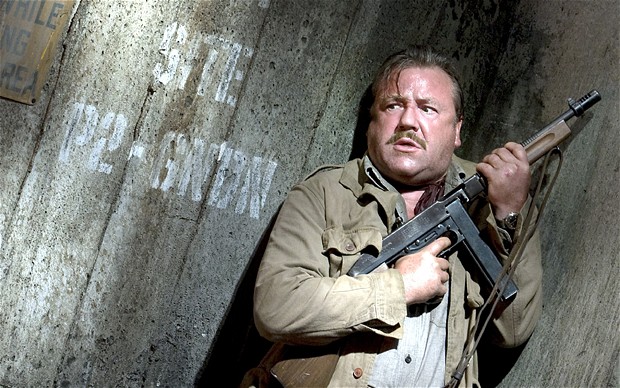 Traitors in movies are similar to rats in real life in that you can smell them from a mile away. Sometimes they’re the hero’s blonde love interest, other times they’re his best friend from way back when that you’ve only just heard about now, and other times they’re Cypher from The Matrix. In all three cases, they’re just so much fun to watch since traitors tend to put up a huge show when it comes to duping unsuspecting protagonists. It’s like they’re so damn proud of being miserable rats, and they’re just so smug about their big reveals. When an obvious traitor finally plunges that knife into his friend’s back, he acts like it’s the most shocking thing in the world, like what did really could not have been foreseen or stopped. They gloat, they hop around, they rant… they’re so weirdly celebratory in their crappiness and it always borders on excessive. With a cold gun pressed against our hero’s back, and a bitter speech prepared about how they “brought this on themselves”, I look forward to when the shoe finally drops the moment the obvious traitor arrives.

So these were my “Guilty Pleasure Tropes”, which were really just small bits of harmless fun. What you’re really going to wanna look out for are my “Righteous Displeasure Tropes” that I’ll be posting.

EDIT: Finally got around to it, enjoy!

Quote of the Day

– Poorly acted line from The Matrix