It’s been a while now since this show ended and I’d still like to get my thoughts about it out there. When I last wrote about Scream Queens, I expressed mixed feelings about the show as a whole, and I really haven’t budged from that stance. Like all Ryan Murphy shows, there are elements of brilliance and crap mixed in with this series, and thankfully since it’s so young, it hasn’t allowed the crap to overwhelm the rest of it yet. It’s still up in the air if this show is going to get another season, and I honestly hope it does because – Surprise! – I actually loved the finale. Believe me, I totally realize it had some pretty significant problems, but there were some elements in it that worked well enough for me to overlook the bad. But first though, let’s get the bad out of the way. 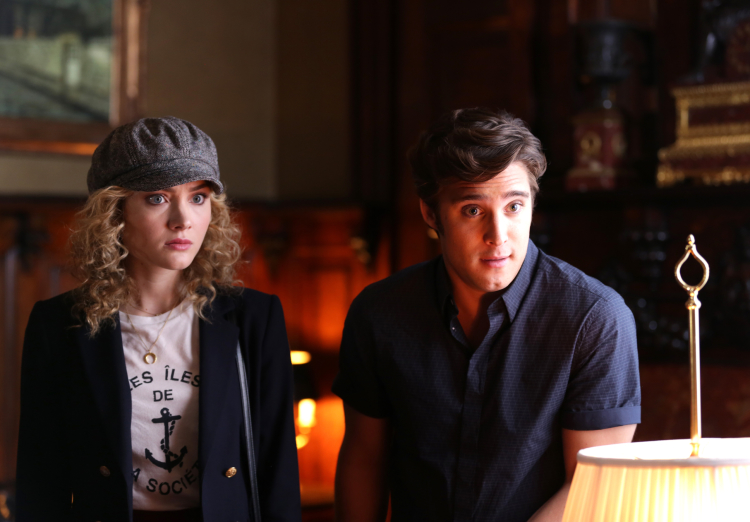 Alright, so the killer’s plan doesn’t really make a whole lot sense. I mean, collectively, the 4 Red Devils (Pete, Hester, Gigi, and Boone), their actions don’t fit at all with what they’re mission statement was. They tried to sell us on the idea that they were doing the killings to as revenge and as a way to “clean up” the college campus, to remove the elitist trash that puts the outcasts down and perpetuates a negative environment in higher education. Honestly, it was basically the same “wronged losers getting their revenge” motive that you’ve seen a million times before, except that they couldn’t even really follow through with it because the very “outcasts” they claim to be doing this for were most of the victims. Sure some of the “beautiful people” got killed, but the vast majority of the show’s victims have been the lame and dorky pledges that the popular kids hated in the first place. I mean, if you really think about it, Chanel and Chad living at the end of the season just makes no damn sense.

Another issue with the show comes in the form of Grace. The designated “final girl”, Grace (and her stupid hats) were the Scream Queen‘s weakest link. For a show that was so bent on ribbing old horror cliches, they seemed oddly committed to this tired one and played it mostly straight. She’s the same white chick who’s kinda nice and kinda brave that you’ve seen in every other horror movie before. She isn’t interesting, she isn’t funny, and her character often doesn’t make a lick of sense. She’s mostly there to accuse random people of murder and then storm off in a huff of moral outrage. Even her Dad, who was initially just as boring as she was, slowly revealed himself to be a giant dumb ass with some of the funniest lines on the show. Meanwhile, Grace is just there… being Grace. The joke with her should have been that her role in this story was entirely irrelevant, and while it was, the show still seemed to be under the impression that we wanted to see more of her. The writers for the finale apparently thought we needed more Grace scenes, or worse yet, more Grace/Pete scenes (ugh). 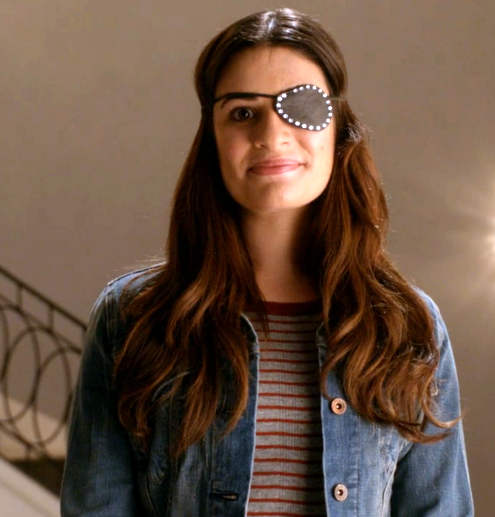 With that out of the way, let’s focus on what was good about the finale. While the show advertised itself as a horror comedy, make no mistake, this is just a comedy, and fortunately, a very funny one (at least in the finale). Remember how those killers refused to kill off the show’s main characters and focused mostly on the one-joke nerds in their killings? Well that finally paid off in the finale, since it nailed all the character dynamics that made the show entertaining to watch at its best. Its center piece, Lea Michele’s Hester systematically incriminating the Chanels for the murders on campus, is a highlight because it relies on nothing else but character, delivery, and imaginative jokes. It’s basically all exposition, but it does it in such a fun way that you actually don’t mind, and it also manages to ape on theories about who the killer might be in amusing ways. Chanel #3’s “Dirty Helen” split personality, Chanel #5 being painted as a mastermind, and the actors Hester hired to play her parents (who just seem to see the show’s proceedings as a fun way to kill an afternoon) all contributed to what made the finale so fun. Denise Hemphill, the newly appointed chief of police (who is somehow less competent than the last idiot) ends things by arresting the Chanels using a squad of police officers that used to be strippers but kept their outfits anyways as “Toy Soldiers” plays in the background. Just masterful.

On the killer’s identity, they got the best possible culprit. Hester works so well as a killer because of three reasons. Firstly, she’s initially shown as ‘harmlessly’ psychotic, the crazy person who seems insane enough to eat your gold fish, but so inept that you could never imagine her as a mastermind. Secondly, she was hiding in plain sight the whole time, like how she seemed way too well versed in how to dispose of a corpse, how she was able to function so well without her neckbrace, and how she resembled one of the known killers who was supposed to be her sibling. I mean, it seems so obvious in retrospect, but as you were watching it, outlandish character traits like that seemed there merely to throw you off, and my scent was on someone else entirely. Emma Roberts’ Chanel was another character that seemed too obvious, so I assumed it was Chanel #3 who I believed was operating with a split personality, while my brother believed it was Chanel #5 who was only pretending to be a moron to not seem suspicious. The show hilariously mocked both of those theories, while also revealing the killer to be Lea Michele’s character. The last reason why Hester made such an effective choice was because Michele slipped so easily from pathetic nerd to obsessive serial killer so effortlessly that material and lines that really shouldn’t have worked, did. On top of that, there was an interesting twist here in allowing the killer to actually get away with it, which should make for a potentially exciting future. It’s the rare culprit that I didn’t seem coming AND appreciated more than the character who I wanted to be the killer (although Billie Lourde’s Chanel #3 was still a highlight). As fun as the finale was though, there’s still that feeling I get that this show could have been so much better. Take the scene between Zayday and Chanel for example, where Zayday interrupts Chanel’s “suicide” attempt following a very public embarrassment. Attempting to killer herself Cleopatra-style with a poisonous serpent she ordered off the internet (that just turned out to be a garden snake), Chanel is at her lowest, and even though Zayday shouldn’t care, she does, and we get a nice scene where Zayday just boosts her spirits. The scene works because these characters are so enormously different from each other, but share a common drive and a high level of chemistry. The Grace/Chanel scenes by contrast are as empty because Grace doesn’t have the same drive that Zayday does. She doesn’t seem to want anything that doesn’t relate to the show’s central sorority, while Zayday is probably the show’s most ambitious character. We care about her survival because she has aspirations outside the sorority she pledged to. Had the show focused on an unlikely friendship between Zayday and Chanel (as the episode in which they became co sorority presidents suggested), it likely would have been a much more engaging watch. As it stands now though, it’s an imperfect show with a talented cast, some really low lows, a solid finale that featured a hilarious scene between Hester and Jaime Lee Curtis (she plays a character with a name, but she’s just a fictionalized JLC in my mind), and a lot of potential that may be capitalized on if it gets a second season.

Marge: I guess it’s never the most likely suspect.
Lisa: Actually, Mom, in 95% of cases, it is. The rest of the time, it’s usually some deranged lunatic who did it for no reason.