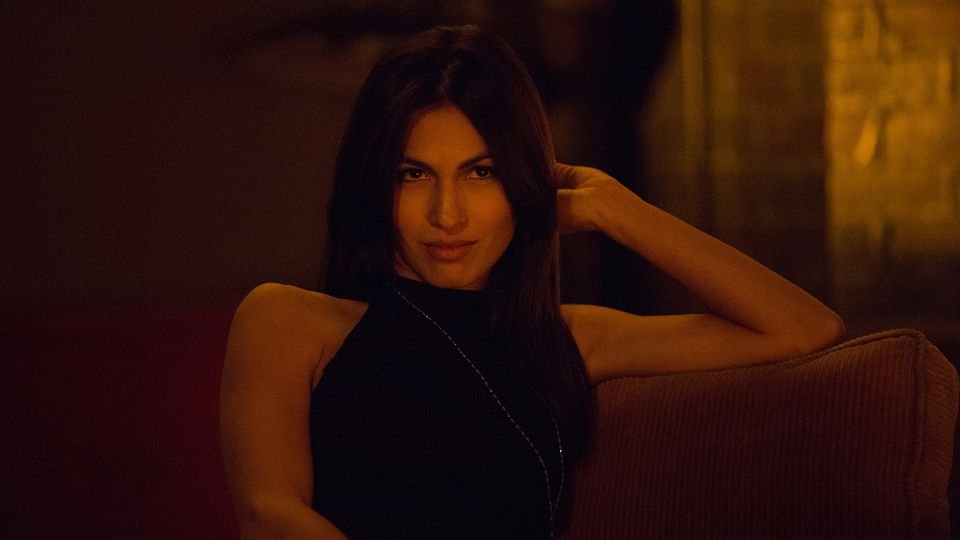 Electric Nachos (a dumb nickname I keep using to refer to her, that is in my defence, no less ridiculous than her actual name) has an interesting position in comic book history going into the second season of Daredevil. One of the most prominent examples of “fridging” in comics (the act of killing or crippling a female character for the purpose of causing man-pain for the male lead), Elektra came into the series with the weight of expectations revolving around what she should accomplish as a comic book anti heroine and as a woman. In both counts, the series sets up a compelling case for the character, and on both counts they squander it completely – twice.

Here’s what they set up

Elektra actually starts off in an interesting position in the series. She actually begins as a character that differs a great deal from her original comic book iteration. No longer is she the typical femme-fatale assassin, but instead, she’s a very rich and very bored girl with criminal leanings whose only desire is to exploit the freedom her position affords her to the fullest. She’s introduced to Matt at a point where she’s basically seen everything and has had enough of whatever the city had to offer, and their courtship, Matt continually piquing her interest and drawing her out of her shell of indifference, was legitimately entertaining to watch. Matt and Elektra displayed more chemistry in just a few scenes than Matt did with Karen in the entire series worth of build up. She was bold, she was interesting, and the way she pushed Matt into darker and darker territories was exactly what I wanted to see in the character.

Here’s how they ruin it

It was all part of some mission. Yup, long story short, she works as an assassin for some old guy, and said old guy sent her to do everything she did with Matt so that he could develop a killer instinct so that Matt could also one day serve this enigmatic old guy (after he already trained and abandoned Matt when he was younger). Of course Elektra did the one thing she wasn’t supposed to (sigh) and fell in love with Matt, and when she basically tells him this, it’s every bit as groan worthy as you’d imagine. In one fell swoop Daredevil took a woman the show spent time crafting into a unique take on an otherwise tired character and shoved her into every lame cliche imaginable for her archetype, and worse, they take away her agency. Everything she did with Matt, all of the authentic chemistry and happenstance that emanated from their meeting was manufactured by some self-important old guy (I refuse to call him by his actual name, sorry) who basically called the shots every step of the way. This isn’t how you craft the elusive “strong female character”, this is how you create a tool. I’m flabbergasted by any critic that sees Elektra as a positive example of a female character in an action series, as she is in many respects an even worse portrayal than her comic book self, whom Frank Miller wrote. However, despite all this, all hope wasn’t lost. In a surprising twist, the show managed to pull her character out of the wreckage and set up yet another fantastic angle for her character.

Here’s what they set up (again)

Electric Nachos is no longer just some hitwoman for some shitty old dude, she is actually something with a far higher calling. In a severely underwritten subplot involving an ancient order of ninjas known as “The Hand” that threaten New York City in this season, Elektra is apparently something akin to royalty in their ancient order. The old man that orders her around took her in as a child and didn’t kill her against the advice of all of his peers in hopes of molding her into a tool to use against the Hand itself, as she is the key to some great power they possess, and is someone of enormous value to them. Anyways, this all comes to a head when Elektra decides that earning the approval of Matt Murdock is more important than taking orders from the old man. This is problematic in its own right since Elektra repeatedly puts herself in danger by trying to live by the sanctimonious Matt’s standards of never killing even the most dangerous of assailants. This is all in an attempt to be “good” for him, but this set up is not an issue in of itself as it reveals a whole new set of constraints for her character. She traded one man she does everything to please for another, and that creates tension within her that boils over when the old man sends an assassin to kill her as retaliation for not falling in line with him. When she tracks the old dude down to get her revenge, he is protected by Matt much to her disgust, and when the Hand kidnaps him, both her and Matt pursue him with very different goals in mind. It is when all of them meet face to face, that Elektra’s lineage is finally revealed, and the principle antagonistic force of the season literally bows to her. What an amazing development that was, what a fantastic set up for a crossroads moment.

Here’s how they ruin it (again)

So we have Elektra, standing at the precipice of her destiny. Before her, are the two men that have done nothing but try to control her ever since she first slinked onto this show. In that moment, with an army of deadly ninjas suddenly swearing her fealty to her, Elektra could finally achieve the freedom she’s consistently desired since her introductory episode. This is it. The final dramatic flourish that would justify the inane reveal that she was just a tool for some old man, the final turn that would make her into something truly great: A character that achieved agency before our very eyes. Unburdened by the expectations of both her old boss, and her do-gooder ex-lover, Elektra could have done anything… and in the end she just rejects the offer and escapes with Matt and the old man that tried to have her killed in another in a long line of pathetic attempts to get Matt to accept her. She then goes on to die protecting Matt from a blow meant for him in the season finale, completing her journey as a character who is only defined and motivated by how her actions could serve to help the men in her life. Disappointing to say the least.

In the comics Elektra died fighting Bullseye, another assassin who was looking to make a name for himself as the number one killer in New York City. Sure her death mainly happened to fuel Matt’s grief, but at least it wasn’t in literal service of him. She didn’t throw her life away protecting him as she did in this show because she had concerns that existed outside his orbit. She wasn’t obsessed with being “good” for him, and I feel there’s a certain strength to that. When people look for strength in female characters in fiction, they shouldn’t be looking at how many brutes they could take down, or how responsible and mature they are, but rather, the strength in their characterization. Harley Quinn can be a strong character despite her devotion to the Joker because of the work that was put into us understanding why she fell for his various manipulations (well at least in the animated series she debuted in, what they’re doing with her now in the comics is horrendous). Elektra is a character we’re supposed to be impressed and in awe by, someone we’re supposed to believe can hang with the various strong men in the world of Daredevil. What we got instead was a glorified satellite character.

“You should know that the only reason I got dressed up for this thing was that I wanted to look beautiful for you. I wish you could see me tonight.”