Street Fighter V‘s much anticipated story mode (“A Shadow Falls”) released over a week ago, and my impressions can be summed up as “Too much story, not enough time”. There were so many interesting story threads and themes explored in the prologues that very little of them really had any time to breathe in the main story. What I loved about the prologue system is that it introduced what every character “wants” as a way of setting the stage for a larger intersecting story. This is a huge deal to me because “wants” are the bare minimum one must have for characters in a story for it to be even remotely good, and you would be absolutely shocked to find out how often stories have lead characters who don’t really “want” anything in particular. For the most part, this game’s story avoids those pitfalls but falls into a few of its own due to its very nature. Street Fighter has a pretty large cast of characters, and the question of who to focus on becomes the chief determinant towards whether or not a story is a good one. This game tackles that issue to mixed results.

I’ll start by pointing out a large issue people had with this story right away. If you’re a Ken, Chun Li, Guile, or Cammy fan, I’ve got bad news for you. They barely have any significance in it, with Ken being missing in action for the most part, Chun Li being ultimately inconsequential in a story that should concern her more than any other returning hero, Guile not having enough interaction with Nash, and Cammy existing mostly to be beaten into submission by Vega at a couple of points in the story. Street Fighter V is definitely not their game, which isn’t necessarily a problem all on its own. Those four characters have never been all that interesting to watch on their own, but this game and their prologues provided hope for more dynamic characterizations for them. The fall of Shadaloo is a very pertinent story for these characters (minus Ken), and it feels as though they’re barely involved in it. M. Bison crushes and humiliates Chun Li at the beginning of the story and tells her that she’s a frail girl who shouldn’t get involved in his affairs, and by the end of the story, it sort of feels like she took his advice. Not really a good look truth be told. 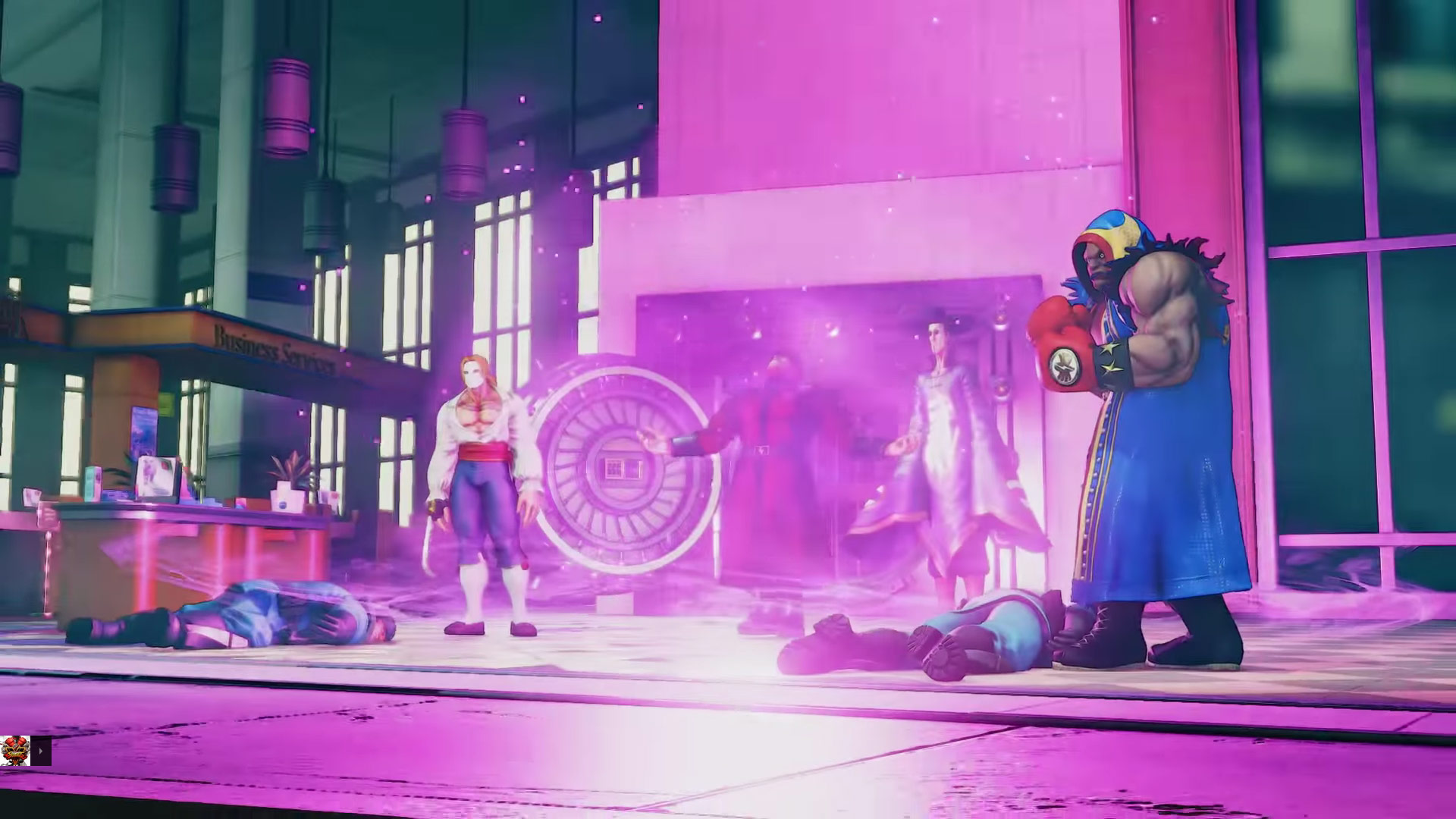 Things aren’t much better on the villain side, which I would say is the biggest folly of the story. Street Fighter has fantastic villains, and besides one glowing example, none of them have much to do in the story. Vega seems to exist solely to harass Cammy when he should be more concerned with achieving eternal youth and meddling with the Doll program, Balrog has this fantastic addition to the lore and his story in Ed but they barely get any time to explore that dynamic, and Bison spends the vast majority of his time floating around doing nothing at the Shadaloo base. These are fantastic characters who should be doing a lot more, and ones you should have been able to play as far more frequently. Maybe less playtime should have been devoted to the likes of Zangief, Mika, and Ibuki, if we weren’t going to get the time to play as these villains as much as we needed to. The menace behind each of them, and subsequently the strength of the story itself (which is about the downfall of their organization), would have improved tremendously if we got to play as Bison, Vega, and Balrog more frequently (and F.A.N.G as well when you think about it). A lack of villain playtime is an issue I’ve had with Mortal Kombat‘s stories that I hoped would not be perpetuated here, and while it isn’t as bad here, it’s still an issue. Most importantly though, there should have been far more scenes featuring the four of them interacting, because the single one they do have (yes, single) is one of the best cutscenes in the game.

Meanwhile, Ryu and Necalli have their own little subplot in the story too, but it feels totally disconnected from the main plot while simultaneously trying very hard to seem connected. The game suggests Necalli and Ryu have some bearing or significance to Bison’s plans, but nope. Necalli mostly gets his clock cleaned by other fighters, and Ryu is essentially MIA for the entire story until the end where he delivers M. Bison an ass kicking. It’s disappointing, especially on Necalli’s end since he’s a new character. I mean, I long suspected Laura would be a nonentity in the story (which was a wise choice because she’s a forgettable character), but Necalli had potential for more. Thankfully, the actions of the other two new characters more than make up for his failure. 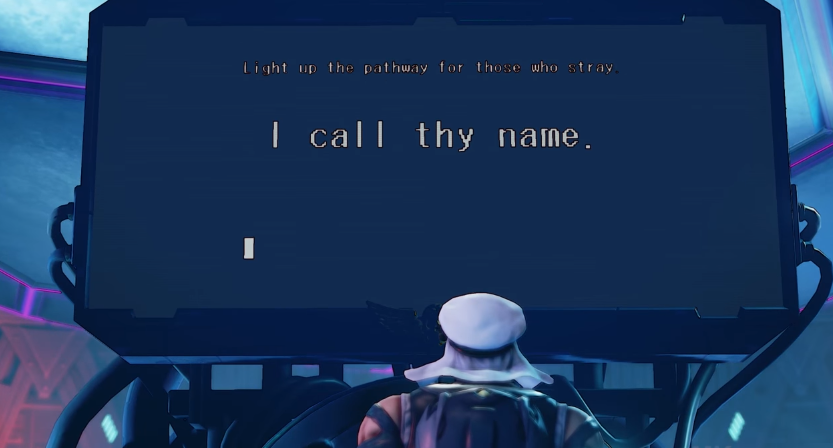 I’ve spoken at length about the characters that didn’t get the necessary time to develop, but what about the ones that did? What about the people who did show up? Was their time used wisely? Well, I can safely say… kinda. By far, the most prominent characters in this game’s story were Rashid, F.A.N.G, Karin, and Nash. Two of these characters are brand new to the Street Fighter universe and are fantastic, and the other two are older ones that we haven’t seen in a while that share opposite but complimentary problems. Charlie Nash is a character who is deeply important to the lore and context of the story, but is ultimately inconsequential (a sentiment that is perfectly echo’d by his failed suicide attack on Bison), while Karin has no real business in this story while being way too consequential. Remember what I was saying about how heroes who want nothing are boring in stories? Well Karin fits that to a tea. She’s basically a bored rich girl who spends her time refining her fighting skills, but sets out to stop Shadaloo because she can. They are doing a bad thing and she’s inclined to stop them, she has no other connection to the organization and the people who were affected by them, yet she gets far more prominence and play time than Chun Li, Guile, and Cammy (possibly even combined). It’s bizarre, and it seems likely that it’s due to her popularity in Japan rather than whether or not she presents as a natural fit as a lead in this type of story. Thankfully, the central character in this story is the best in the franchise’s history.

Rashid of the Turbulent Wind is far and away the best hero Street Fighter has ever had for a story. He’s fun and energetic, flawed, goes through growth, and basically has the most compelling arc among the heroes of the game. He has a romanticized view of being a hero, he sees a perfect opportunity to be one when a dear friend of his is kidnapped by Shadaloo and forced to go to work for them, and Rashid ultimately is confronted with the reality of what it means to fight evil when that friend of his is cruelly revealed to have been killed by the game’s central antagonist, F.A.N.G. I say ‘central’ antagonist because M. Bison isn’t the game’s main villain, it’s F.A.N.G. As Shadaloo’s lieutenant and the mastermind behind the events the game, F.A.N.G is Street Fighter‘s best ever villain. He’s flamboyant and fun to watch on screen, while also creepy and despicably evil. The performance and animation behind him are the most entertaining thing about this story, and that’s partly due to Jesse Merlin’s phenomenal voicing of the character. The dynamic Rashid and F.A.N.G had represented the very best of what this story had to offer, and the pivotal scene in the game, when Rashid ultimately stops F.A.N.G from destroying the world with his seven moons and nearly dies from poisoning, is without question what I’d consider peak fighting game story-telling. 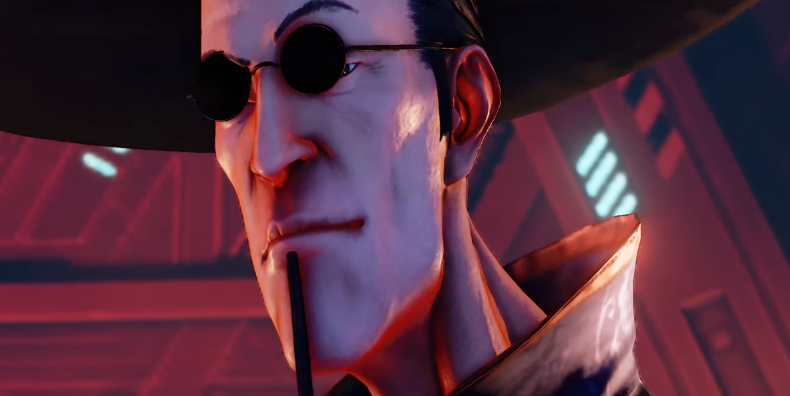 The strongest pieces of story here are when the themes presented in the character prologues and the story intertwined. Rashid’s subdued acknowledgement that he just saved the world carries more weight when you played through his personal story and see the naive enthusiasm he had in locating Shadaloo’s base. The scene of F.A.N.G desperately clinging to the ledge of his control platform over a perilous drop seems like a repudiation of his philosophy outlined in his prologue. Maintaining his own life above all else was what he strived for, but he was ultimately thwarted by a person (one of the mind controlled Dolls he’s used and tormented throughout the story) willing to sacrifice her own life because the lives of others mattered to her more. Perhaps it was too much to hope for that level of intersection for each and every one of the 22 prologue stories, but it would have been truly spectacular if that were the case.

Overall however, the story was strong in unexpected places. For example, the cinematography was weirdly great, with a lot of excellent shots, and the facial animation was surprisingly sophisticated. From Ibuki’s face while watching wrestling on TV to that slow twisted grin that grows on F.A.N.G’s face when he’s about to tell Rashid the truth of what happened to his friend, it’s all very good. The music also happened to be fantastic. It was a nice bonus that there were several background areas exclusive to the story and NPC characters with unique moves. Rarely do fighting games go that far to improve ones experience, but Street Fighter V did it. I would be remiss not to mention what a fun supporting character “Helen” turned out to be, with her appearance in the game’s credits along with Gill being genuinely exciting. Like the title of this article suggests, it was certainly an admirable first effort for a story, but a story with deep flaws nonetheless. Preventing it from greatness are the glaring issues of “too much content packed into too little runtime” and “weird focus on the wrong characters over ones that should have mattered more”. Seriously, if you divided Karin’s total screen time and relevance and gave it to characters more important to the Shadaloo plot line (like say, Balrog, Vega, Bison, Chun Li and Guile), I feel the story would have gotten a large boost in cohesion. With that said though, Rashid and F.A.N.G alone are worth the price of admission, and together almost create a story centred on themes of perseverance and the importance of having a reason to fight. The story also gave us Peter the cop, so hey, that’s cool.

Gif of the Day: