An adaption of Agatha Christie’s masterpiece and perhaps the most famous murder mystery of all time: And Then There Were None.

I love murder mysteries. I love them in movies, I love them in books, I love them in videogames, but most of all, I love them in TV shows. I’m not talking about a simple case of the week, I’m talking about a single, significant case that permeates the season of a TV show and is given around a dozen or more episodes to develop and expand and twist and turn, all leading to the inevitable reveal of whodunit. A good season long murder mystery has led to some of the greatest TV seasons of all time, like with the first two seasons of Veronica Mars, a series I believe perfected the season long murder mystery arc. Nothing feels quite like the rush of putting together the clues and solving the case yourself, and seeing your suspicions confirmed in the electrifying murderer reveal, a moment that should always be a highlight of a show’s season. Unfortunately there are shows that don’t quite grasp this, that completely botch the killer reveal and leave you feeling deflated. Two recent shows that come to mind are Riverdale and Trial and Error. You may think, wait a minute, Trial and Error is a comedy, why does it matter if the killer reveal is good? Well, because revealing a murderer should be powerful no matter the circumstances. Murder, killing another member of your own species, is one of the most human things out there. You can draw so much emotion, and yes, even humour, from it. The taking of another life and why the mastermind of the crime chose to act the way they did should be explored on a character worthy of such exploration. Every murder is a story, and botching the murderer is like botching the protagonist. Since shows seem to be screwing this up recently, I’ve decided to write my own criteria for how to properly handle a murder mystery through the use of 5 important, absolutely correct, inarguable rules that without a doubt must be followed.

Rule #1: The murderer should reveal a new side to their character when uncovered.

Veronica Mars, the master of the genre.

This rule relates to the “it shouldn’t be obvious” sentiment, but it’s a little more complicated than that. I actually don’t believe a killer must be difficult to discover all the time, but I do believe the killer must mask their true nature throughout the story. Even if the person already comes across as a scumbag, before the reveal, the killer must at least give the impression that they wouldn’t be capable of murder. For example, if one of the prime suspects of a case was an individual who was plainly a dangerous sociopath who you can easily imagine committing the crime, they shouldn’t later be revealed as a killer. Part of the fun of revealing a killer is exploring a new dynamic to that character when their true nature is revealed. If their nature before the reveal was “obvious sociopath”, then revealing that character as a killer wouldn’t be exciting. Characters like that shouldn’t be the killer since there’s really nowhere to go with them. If it walks like a duck, and quacks like a duck, who cares if it’s a duck?

Rule #2: The murderer should be someone the main cast cares about, or BE a main cast member. 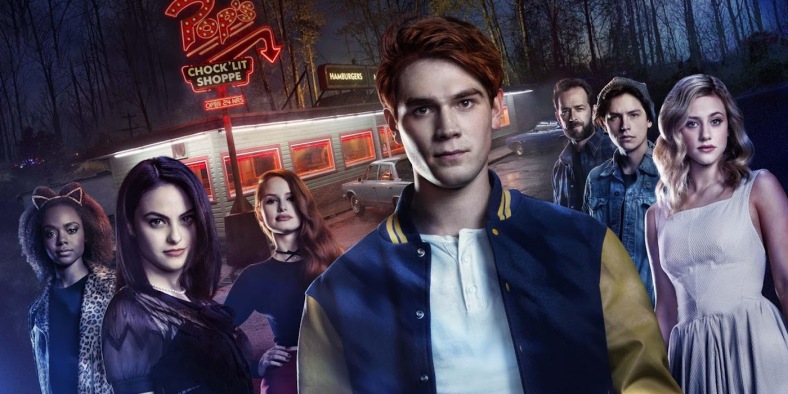 Riverdale‘s first season misses the mark with its culprit.

No low stakes murderers basically. If this character is the killer, it has to send a ripple throughout the show’s universe. We need characters we care about really not wanting the culprit to be the culprit. If it was the snooty rich asshole down the street that everyone but that snooty asshole’s rotten kid hated anyways, then we won’t care that he’s the murderer. The viewer should even feel a bit of a sense of hurt at the reveal, that someone you cared about, or your favourite character cared about, was lying to you the whole time. The character doesn’t have to necessarily appear to be a good person, but they have to at least be worth caring about.

Rule #3: No suicides. No accidents.

While not the focus of the season, American Horror Story: Asylum features a satisfying hunt for a serial killer.

If you’re going to do a murder mystery, there’s got to be an element of malice. If the conclusion is that a person killed themselves, or that their death was completely accidental, then that isn’t a satisfying conclusion to a season long arc. What I want to see is an exploration into the darkest depths of the human soul, the thing that drives people to take a life. There’s so much emotion, drama, and even comedy that can be mined from the complex set of feelings that lead to murder, why squander the resolution to all that with a “whoopsie daisy?”

Twin Peaks infamously had a poor resolution to its murder mystery despite great expectations.

The killer should on some level want their victim dead, or at least to badly hurt them or someone connected to them. There has to be something they get from the killing, whether it be the silence of their victim or an emotional catharsis. If the killer was just defending him or herself and ended up being forced into taking a life, then the killer becomes the victim and the defeat of a victim isn’t satisfying. It feels contrived in a way, a shortcut that writers take when they don’t want to create a sympathetic reason to killing someone without lionizing the actual murder. They want to create a complex character in a killer without actually adding any real complexity. They don’t want the viewer to think about what they’d do in the situation the killer was in. Part of what makes well-written sympathetic killers great characters is that they’re just normal people who were driven by society to give into their darkest impulses. Everyone has the potential to kill when driven to their breaking point, sympathetic killers are there partly to get us to think about our own. But one thing must be made absolutely clear, the killing itself was wrong and a failure on a part of the culprit. A forced hand for our murderer just feels like a cop-out.

Family Guy had a surprisingly great murder mystery episode that had a lasting impact on the show: “And Then There Were Fewer”.

This is basically a response to an extreme version of what the previous rule was in reference to. There are times when the killer is not only portrayed as benignly sympathetic, but also in the right for what they did. Perhaps we even get a situation where the protagonist lets the killer off, jeopardizing their own career to do what they feel is right. This isn’t a scenario where the killer believes they are fighting for justice, this is the insidious suggestion by the writers that what they are doing is somehow noble. Every killer should be the hero in their own story, but it should never be taken any further than that. A murderer is a murderer. This scenario is just as bad as how assassins are seen as “neutral” entities in fiction when in reality they are some of the worst criminals on the planet. If there’s any lesson in the vast array of murder mysteries we have produced, it’s that murder is bad. Let’s not muddle that up.

These are my 5 rules for how to approach a murder mystery story’s culprit. If writers follow these 5 simple rules, then maybe we wouldn’t have to suffer disappointing killer revelations as we so often had in old and recent shows alike. This is a genre rife with possibilities, but is also one rife with pitfalls and sour notes. I write these ironclad, 100% accurate, unimpeachable rules not out of hate, but out of a pure, uncomplicated love for the genre. It is from these feelings that I implore writers to give our darkest and most twisted urges the attention and reflection they deserve.

“He was never the big man”

“Well that… only leaves one other major character…”

Macratty and D.I. Jack Cloth, A Touch of Cloth Series 2, a show that features one of the most fun culprits I’ve ever had the pleasure of watching.