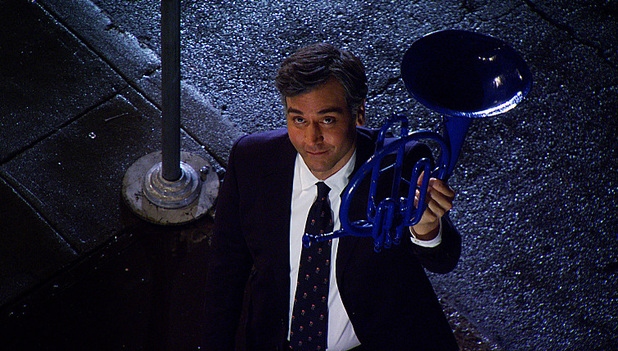 I hated the How I Met Your Mother Finale. This here is a pretty basic sentiment that many people share with me, but what makes my hatred worth writing about is that it has dimensions. I hated the ending for so many different reasons, and I’ll break them all down for you here because I feel like I have to articulate my feelings on this. It’s been over 6 months and I’m still peeved, that should say something (besides the fact that there is nothing interesting going on in my life).

I’ll start by saying I love this show. I loved the cast, I loved the characters, I loved the humour, and I thought it could hit emotional notes surprisingly well for a sitcom. Hell, one of the principle characters, played wonderfully by Neil Patrick Harris, is part of my inspiration for even creating this blog. So it was really depressing sitting on my couch after viewing the finale I’ve been waiting a long time for with nothing but contempt for the show… What went wrong?

The main problems with the finale are as follows:

Alright, so I’ll start with the basic stuff. As some of you may know, the ending for the show was filmed and decided all the way back in season 2 (which is why the actors who played Ted’s kids look like they haven’t aged). That’s a cute idea, and it could have worked if the show was written differently, but it was a complete failure for one simple reason: The show that they were writing back in season 2 was not the same show they had all the way in season 9. The idea that Ted would settle up with Robin at the end would not have been nearly as jarring if the show had only ran 3-4 seasons, but it came off as an odd and incredibly confusing event 9 seasons in for a number of reasons that mostly relate to the nature of Robin and Ted’s relationship (which I’ll get to in the end). And the structural issues don’t end here.

To say that the HIMYM finale was a structural abomination is as close to an objective opinion as you can get when it comes to discussing the quality of a TV show. Seriously, I am still pretty baffled at the decision making here. Who on Earth thought it would be a good idea to centre an entire season on a singular wedding weekend, and then break up the bride and groom of said wedding 10 minutes into the finale? That… that does not make any sense from a story telling point of view. When writing a story, you are building up to something called a pay-off. Without a pay-off, the rest of the story falls apart, and yes, that even applies to a show whose message was about the importance of the journey. When you are writing a story such as this one, if there is no pay off, the story has failed. To have the entire season take place over a single wedding was a bold move, but to have it all end up be meaningless is just offensive.

Now we come to Robin and Barney, the bride and groom of the discussed wedding. As someone who was a fan of the pairing (Barnman and Robin 4 lyfe) I had no problem with the idea of breaking them up. Now, I wouldn’t have written an entire season on their wedding with several episodes dedicated to convincing the viewers that they were right for each other first, but the decision to break them up on its own is fine by me. What absolutely isn’t OK is how it was done. How Barney and Robin’s marriage failed was lazy and untrue to their characters. NO relationship could have survived a work schedule that ridiculous, so the fact that they built up this relationship for so many seasons just to tear it down with a boring, catch-all relationship breaking plot device felt disingenuous. It was a cheap way to set up their lame twist ending and I didn’t enjoy a single bit of it, and it sent Barney down the most redundant character arc ever. We saw him develop several seasons to the point where he was ready to be in a committed and long lasting relationship with a woman that can match with him and it gets wrecked through no fault of his own which leads to him completely regressing into this sad playboy for years until he finally knocks a chick up and then he suddenly relearns what he’s already figured out by the time of his wedding. Terrible. The only saving grace was how well NPH nailed the scene where he meets his daughter for the first time, but even that couldn’t save a fundamentally broken story arc.

And finally we come to the thing everyone hated the finale for. Tracy dying and Ted moving on to Robin. To say that this didn’t work is an understatement, and as mentioned earlier, this is because of the nature of Ted and Robin’s relationship at that point in the show’s life span. Everyone by that point has already moved on. There was an episode dedicated to Ted moving on featuring an incredibly cheesy bit where he lets go of a “balloon” Robin, the other characters of the show (for the most part) have moved on, and the audience sure as hell has moved on too. And on top of that, Tracy and Ted just worked so much better as a couple. Seriously, she was a bona fide miracle to come in after years of hype and actually meet all of our expectations. After seeing her with him, it felt like Ted and Robin just didn’t have much chemistry (besides their cute saluting running gag), and that really added to the sting of the finale. The whole thing wasn’t a complete trainwreck, some things were handled so phenomenally well (like Ted’s first meeting with Tracy) that it actually makes me more annoyed about all of this. Don’t misunderstand, the decision to kill Tracy on its own wasn’t what bothered me, it had sufficient foreshadowing and could have been effective if it was handled differently. The thing that bothered me was how it was treated like a god damn footnote in Ted and Robin’s relationship and how they trivialized the entire series in one short scene.

The moment it felt like the show died for me was with Ted’s final conversation with his kids. That exchange where the kids reasoned out that the entire story was really about how Ted was subtly asking permission to pursue Robin with Ted ineffectually denying it, and then confirming it, in response. That was a gut punch right there, what an absolutely horrendous moment of television. They just made the heart of the show, Ted’s life leading up to meeting the woman of his dreams, play backseat to his relationship with Robin. This is a show that values the journey above all else, and how everything Ted encountered throughout his life was a lesson and a different stepping stone that led him to Tracy. But then they suddenly turned it on its head at the end and made it all about the destination, the destination being Robin, a character that was portrayed as a stepping stone time and time again for 5 seasons before that point. I don’t think it is necessary to say another word about this, why that was a bad idea speaks for itself.

I really enjoyed the ride as a How I Met Your Mother fan. I enjoyed the episodes leading up to the fateful meeting with the mother, even as the show’s quality dipped with age. But when we got there, the episode that surrounded that very meeting was a betrayal of everything the show was about prior. Maybe that was the lesson the writers were trying to impart? That I should enjoy the ride for as long as I can, because my destination may turn out to be something I never wanted to have any part of. Either way, I think it is appropriate to say that the How I Met Your Mother Finale was a major disappointment *salutes* “Major Disappointment”.

2 thoughts on “Kenny’s Blog: How I Met Your Disappointment”