I’ve watched a lot of movies this summer and many of them were interesting enough for me to write full articles on. Unfortunately, since I have no desire to write that much, I’d like to just put out my quick thoughts for each of the movies I saw in the order that I watched them. Voice your disagreements if you’d like, but these thoughts of mine have to be known!

Talked about this film a bit before in a previous blog post, but I’ll lay down my thoughts about the film as a whole here. I loved James Spader as Ultron, his voice work was absolutely amazing. The character himself was a lot of fun, though his army of drones that get taken out in one hit was too reminiscent of the first film’s Loki minions. On top of that, the stakes weren’t as high as the trailers made them out to seem, as the film did not have the dark tone I was really hoping for. It never really felt as though Ultron had their backs against the wall, but on the flip side it felt like the Avengers were actually good at what they did. There was a large emphasis on actually saving people as heroes that I appreciated, and the actual interactions between the characters was a ton of fun (as one would expect from Whedon). All in all, the film was a little too bloated and a little too sunny, but still a ton of fun nonetheless and a great way to start out my summer. 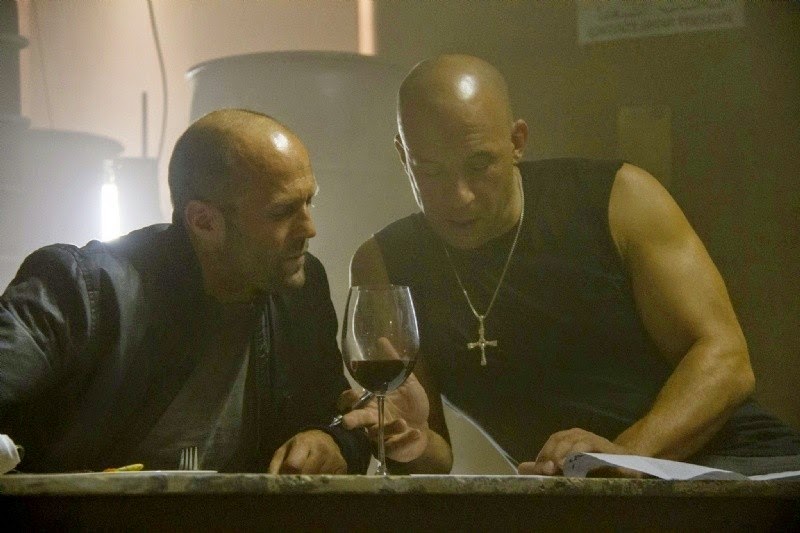 This was a shockingly average action film with a plot that felt more cobbled together than actually planned out. I came in expecting a high octane revenge thriller where Jason Statham would shock, terrorize, and brutalize our heroes in a series of attacks before their own counterattack, but instead we got the plot of an entire other movie shoved into the middle of what this one was supposed to be. Dominic Toretto is enlisted by the government to go after some terrorists in order to gain access to a device that would allow him to track down and kill Jason Statham’s villain who has sworn vengeance on Dom and his “family” after his brother was put into a comatose state.

The first part of the film, which features Statham on a war-path was very exciting, but when Kurt Russell comes along with this trite plot about generic terrorists, the bulk of the film rears its ugly head. The movie isn’t “Vin Diesel vs Jason Statham” so much that it’s “Vin Diesel vs Generic Bad Guys with Jason Statham showing up every so often to remind us that he exists”. All this culminates into a climax that was a bit overlong, but was saved by the goofy fun Dwayne Johnson’s character brings to the front and an entertaining fight sequence between Diesel and Statham. It was an OK movie overall, just a bit too stupid (in a bad way) and a bit too misguided for my tastes.

By far the best action film of the summer, Mad Max: Fury Road was the perfect follow-up to Furious 7 for me. The fury of this car-focused film was far more furious than the one starring Vin Diesel. A lot can be said about the use of practical effects in the chase sequences, the thrilling action set pieces, and the incredible cinematography (this almost feels like an animated film brought to life at times), but what impressed me the most was its approach to story telling. This may confuse people who actually buy into the nonsense that this film “has no story”, but it does and it’s so, so rich. What makes it incredible is the fact that so much is said with so little. This film represents the mastery of “less is more” story telling, the ability to convey so much with subtle messages.

You can see the history of the world of Mad Max in the disfigured faces and bodies of the characters, you can read their motivations off their attitudes, their possessions, and their war chants. Everything about the world is brilliantly conveyed by the world itself, we don’t need to have Imperator Furiosa (an amazing character with an amazing name) sit down and lecture us for 5 minutes about why the world went to hell when we can simply have someone childishly yet poignantly ask “Who killed the world?” in a manner that answers itself. What a masterpiece this film was. 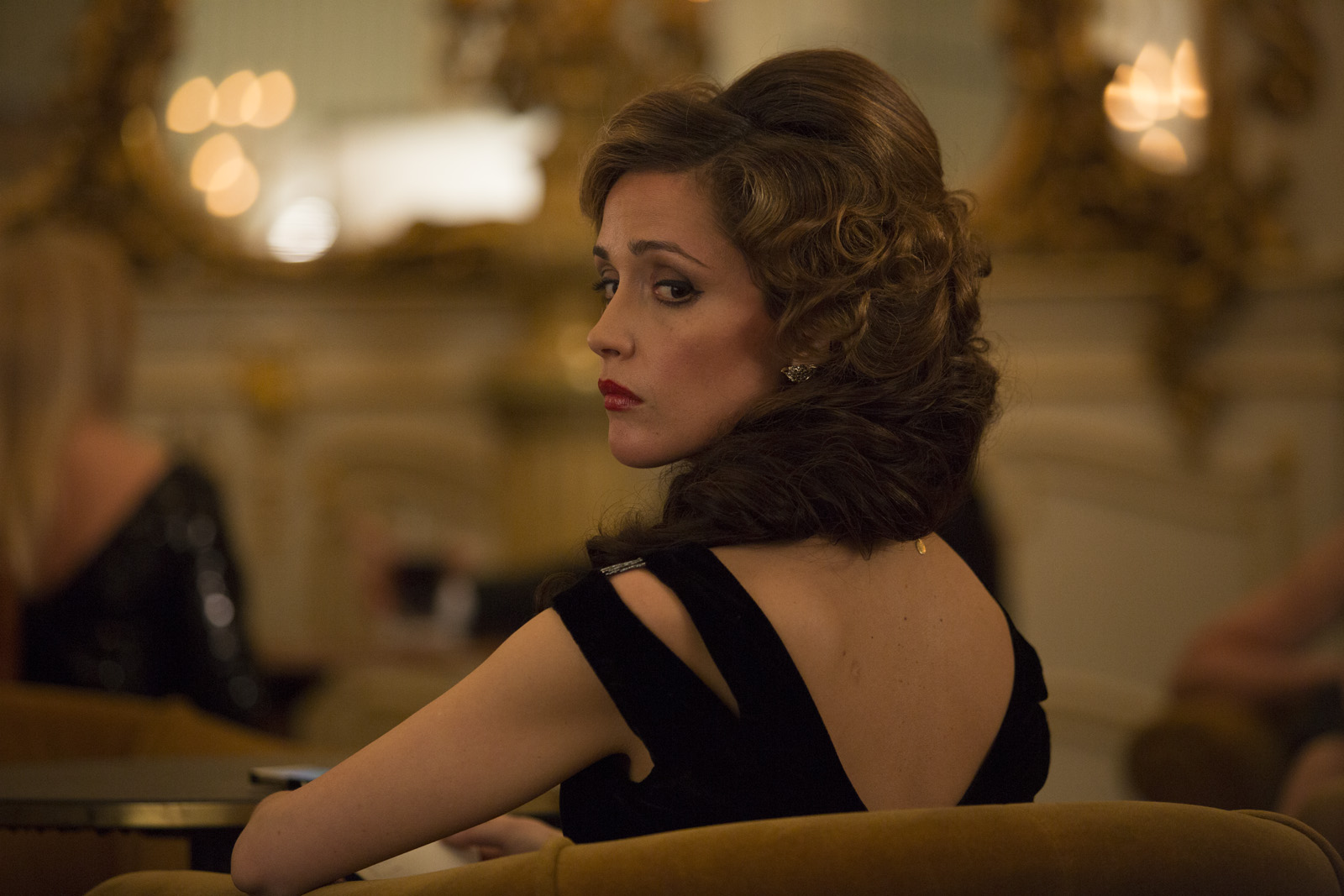 I watched a lot of spy films this summer, but this first one by Paul Feig was the absolute best. Funny from beginning to end, this film’s greatest strength is in its characters. Melissa McCarthy plays Susan, a shockingly competent CIA operative that lacks confidence. The film puts her on a mission that pits her against Rose Byrne’s Rayna Boyanov, one of the funniest villains of the year and the perfect depiction of a modern princess. She also acts as an effective foil to McCarthy’s character, something that offered a surprising bit of pathos towards the end.

Jason Statham reappears on this list although this time under much more favourible circumstances. This is the character that violently skewers all other Jason Statham characters, and it’s glorious. Similarly to his role in Furious 7, Statham appears periodically throughout the film to act as an obstacle for the heroes (although this time unintentionally so). He’s the perfect buffoon that rounds out a stellar cast to a film that doesn’t quite parody spy films, but has as much fun as possible with their conventions. It’s because of this film that I have the utmost faith in Feig’s ability to deliver a kick ass Ghostbusters reboot.

This latest animated installment from Pixar is the best film I’ve seen in years and is something I’d go as far as to say is the most important film of 2015. I wrote an entire article explaining why that is, so check it out here if you’d like, but the short of it is that it tells both parents and kids exactly what they need to hear while simultaneously being a hugely entertaining film in its own right.

An uneven film salvaged by the strength of Arnold Schwarzenegger’s presence. The movie treads familiar ground with a story that struggles to justify its own existence while it suffers from painfully generic performances from Emilia Clarke and Jai Courtney. Still though, Arnold’s presence, especially in the film’s first third (that almost acts as a tour through the series’ long history), was endearing and charming enough to sustain my interest. “Old, but not obsolete” indeed Arnold. 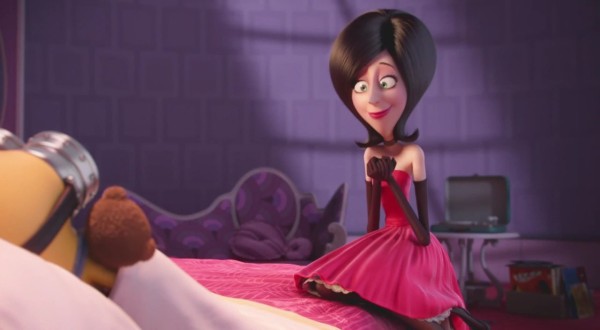 Wrote at length about this before, but I’ll sum it up in a paragraph. A harmless film that can be somewhat entertaining at times, but has trouble being something more than mediocre due to the focus on the paper-thin Minions and the poor use of its underdeveloped villain as a result. In stories where the protagonists are supposed to be this stupid, its up to the villain to keep things grounded and interesting, but this film fails to take the necessary steps to develop her, and in the end, it underwhelmed because of that. 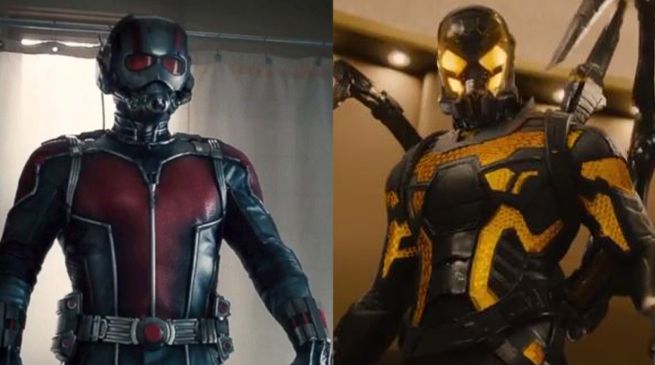 A solid Marvel action film with great performances by Michael Douglas and Corey Stoll in particular. Stoll almost elevates his generic Marvel movie villain beyond what he is with his performance alone, but comes a little short in doing so due to the – let’s face it – standard procedure plot. With a lighter tone than other Marvel films and a surprising amount of heart, this Marvel film about fatherhood is a small but worthy success.

A great installment to the Mission Impossible series that does a little more character work than you’d expect from the series. While the villain seemed more dorky than creepy, the female lead played by Rebecca Ferguson was the best in the series (and arguably one of the best characters male or female to join the franchise). A common theme in spy films is the disenfranchisement agents often feel after being used relentlessly by a seemingly uncaring organization that means to fight for “the greater good”, and the story of Ferguson’s character was a great exploration of that trope.

The film shows off a series of awesome set pieces, with a personal favourite of mine taking place in an opera house, so if you come to watch these films only for the action and the tension you’ll find a lot to enjoy, but thankfully this one offers more.

One of the most stylish films of the summer, but also the one with the most thoroughly uninteresting main plot out there. I could barely follow what the story was about, but more significantly, I honestly did not care to. There was something about Nazis wanting to use nuclear weapons for reasons, but that’s not the point of this film. The point of this film is about following four characters be smarmy, charming, funny, and stylish for an hour and a half. This is the kind of film that lives and dies on its core cast, and thankfully it delivers in that regard. Armie Hammer’s KGB agent was a lot of fun, especially when the cracks to his stone persona began to show, as he was a man that was always trying to contain his explosive passion at every moment. His relationship with Alicia Vikander’s self-assured character was a treat to watch.

On the flip side of this, we have Henry Cavill’s charming but vaguely sociopathic hero and Elizabeth Debicki’s elegant yet clearly sociopathic villain whose coupling makes a lot of sense in retrospect. Their pronounced apathy for nearly everything works surprisingly well against the Hammer-Vikander pairing’s muted yet emotional connection. This was a fun film, but don’t try and look too deeply into the story of this spy action-comedy. 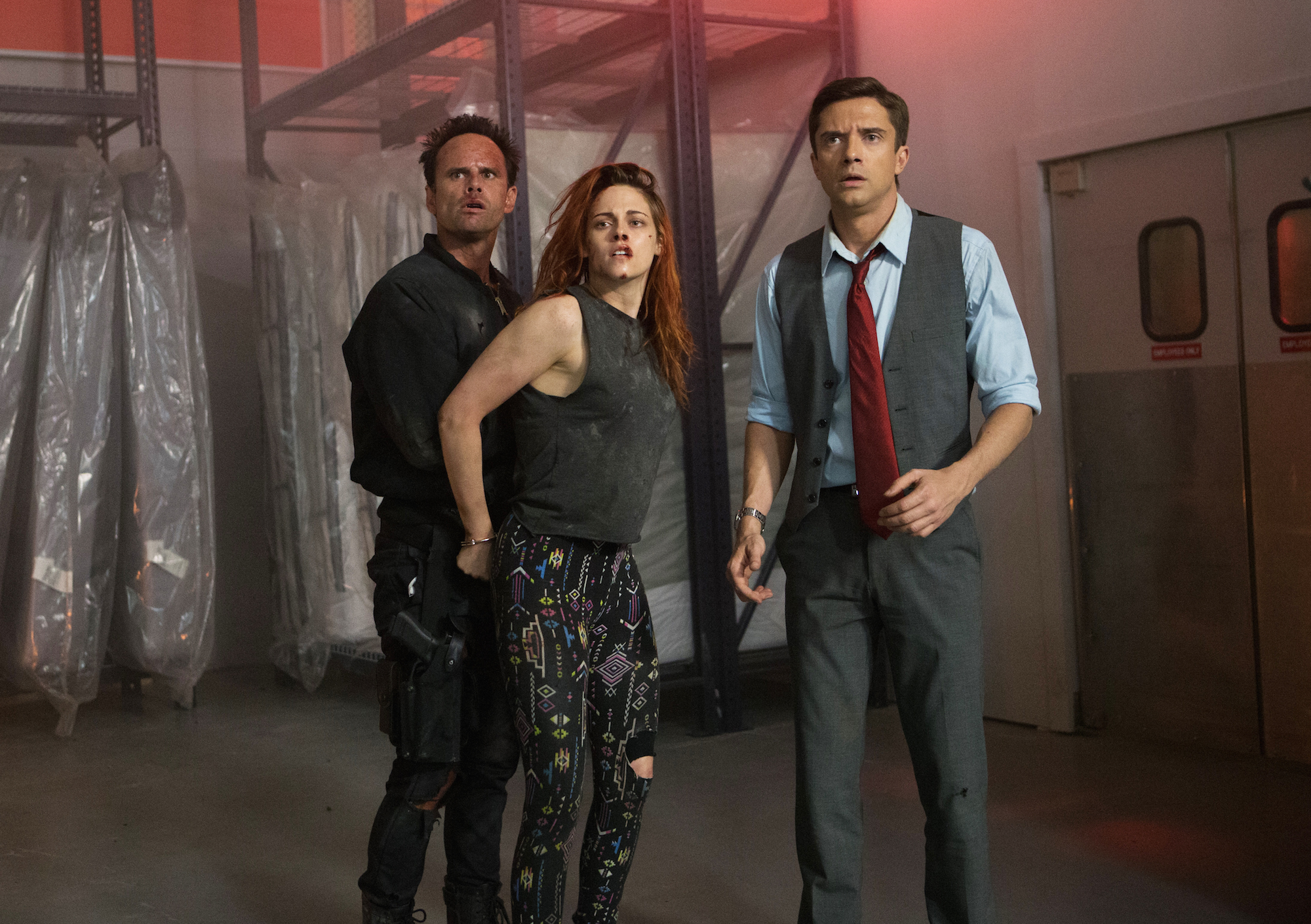 Easily the most underrated film of the summer, American Ultra is a hybrid movie. A stoner-comedy, a violent spy thriller, and a love story all rolled into one, this film plays like an ad libbed tale about an astronaut monkey that kills (a simile that only makes sense to those who have watched it). If that description put you off the movie, let me assure you that it’s actually a much smarter film than one would would expect, one that focuses on themes of authority and expectation. It’s also a lot of fun, with a very welcome appearance of Topher Grace as a maniacally weaselly and screaming antagonist. Everything about his very entertaining character shines through in his final scene, where he shows a profound misunderstanding of himself and his role in the world, an idea that runs throughout the film.

It’s a story that asks “who are you?” and how that knowledge can be useful in determining your place. Jesse Eisenberg and Kristen Stewart once again team up to give pretty great performances as the film’s lead characters, and the rest of the supporting cast either range from good to great throughout (even Tony Hale does a lot with a small role). Honestly, my one real gripe with this film was how things wrap up a little too neatly by the end, as I would have preferred a more ambiguous conclusion, but this was still a ton of fun and a great way to close out my summer of film viewing.

This was a pretty great summer for films in general, and hopefully I’m around next year to write about my thoughts again.

“I watched the woman I love get tossed from a plane and hit by another plane mid-air. I drove a car off a freeway on top of a train while it was on fire. Not the car, I was on fire.”